Well, Blogger was giving me trouble for  quite a few days. I figured if I left it alone, it would eventually come to its senses. We'llsee. This is from the day at the trainyards. 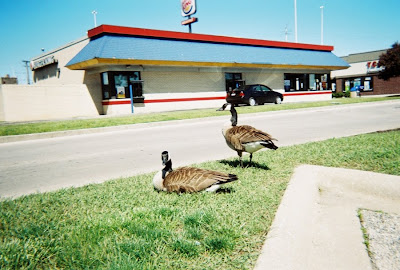 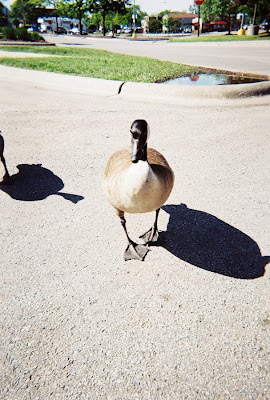 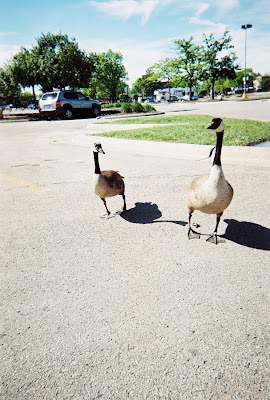 They are more than a little scary with their cunning looks.

Some years back, the state of NC brought some Canada geese here and stocked them. To see how they'd like NC. They liked it. A lot. A whole bunch a lot. They made more geese. Pretty soon every county in the state was packed with these enormous birds. They're everywhere. They graze on lawns. The wade in pools. They take over city parks. They shit like---well, you know the saying about shit and geese. And because they're so big, they make really big piles of poop. Like the geese themselves, the poop is everywhere. What do they think they are...humans??!! Other states made the same mistake and imported Canada geese. Now no state wants them anymore. The South is loaded with them. What I have so far been unable to understand is why--especially when we have so many hungry people--no one is walking around harvesting all of this meat on the hoof (er, paddle).