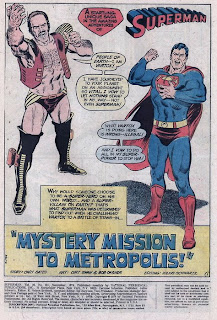 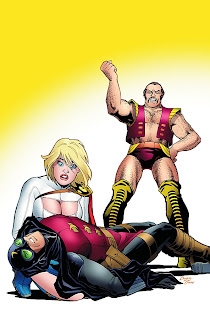 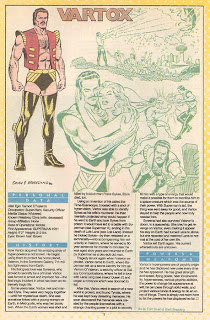 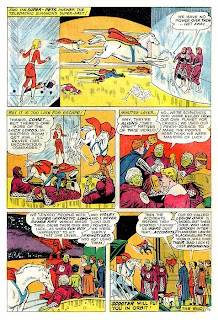 Well, I messed up. I'll explain in a minute. I posted some Superman art by Curt Swan last month, and I discovered a link to a blog called Swanderful! Better yet, it so happened that the character being mentioned is Vartox of Valeron, the Hyper-Man. And, yes, I knew that, without even looking it up. Where I screwed up is not having the original Superman cover, instead of the splash page, because Amanda Connor does such a great job of replacing Lois Lane and Superman for Power Girl and Dr. Mid-Nite. Vartox came to Earth to woo Lois Lane for some reason. He was a C-lister in the 70s, and in the Power Girl comic, Jimmy Palmiotti and Justin Gray go all out to make him completely sexist, his planet having become sterile, and everything about him is still circa 1977. Curt Swan also did some really strange stuff, as well, such as the Legion of Super-Pets going to the 30th century to help the Legion of Super-Heroes. It must have been odd to be Curt Swan, pencilling this wacky stuff and then going home to his family in Connecticut. But he left a legacy.
Posted by Wayne Allen Sallee at 1/06/2010 12:06:00 AM 3 comments: