The Ghosts Below 32nd Street 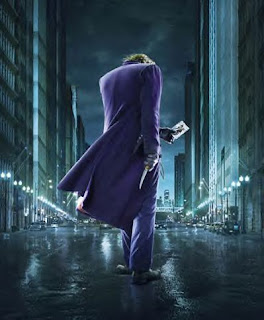 Well, I'm on DSL now. Wish my body could be on DSL, but what the hell. Just got in a while ago from up north at The Mystic Celt, the new place for the Twilight Tales readings. Here's my July entry from Storytellers Unplugged:


I’m sure more than a few of you have seen THE DARK KNIGHT by now. I haven’t, but then when have I ever kept up with current events? (Catch me later tonight (the 27th) as I watch LIVE FREE OR DIE HARD on Starz. But don’t spoil it for me, I don’t want to know if McClane gets the bad guy at the end). I’m always surprised by the amount of people that don’t seem to know that both new Batman films had all the exterior shots filmed in Chicago. The Board of Trade is Wayne Enterprises. Heath Ledger is walking down a rain-slicked LaSalle Street in the poster, with the eerily blue-lit midnight el train six blocks north. People gather for hours at night just to catch a glimpse of a Bat-double leaping from a fire escape to a rooftop. I’m not saying that people from South Carolina or Michigan’s Upper Peninsula would have reason to know the city by sight, as one might know Manhattan simply by seeing Times Square, but the Chicago filming is mentioned in just about every magazine article.

One of the reasons Chicago was chosen was for our great catacombs, the Lower Wacker Drive. If you’ve seen THE BLUES BROTHERS, you know the Drive. There’s an East, West, North, and South upper and lower Wacker. Back in the 80s, the city’s sole homicide by bow and arrow occurred when a homeless man was killed while huddled by a steam vent in winter. I believe the man’s ghost still inhabits the area around that steam vent, the sub-basement of a building that houses the prestigious Wrigley Club. The city can tear down the failed factories and build hotels and high-rises, but the shadows beneath the bright lights remain rigid and unmoving.

Not that far south there are more ghosts. And the city scape above will soon change, as construction of new town homes bleed into every available space on old railroad property and crappy river front territory, the latter soon to have some mess called Bridgeport Village at a bend in the South Branch of the Chicago River, now a weeded area, the sign for Levee Street long rusted away. The South Levee District was where all of our brothels were a century ago. And not that far away, the Union Stockyards.

Sully often waxes philosophically with a view of sky blue waters, but our water is pea-green but for on St. Patrick’s Day, when a portion of it is turned a garish, radioactive kind of green. I get some of my inspiration from the South Branch, specifically where it runs beneath the Ashland Avenue Bridge, I-55, and the Orange Line elevated platform. Its called Bubbly Creek, because the methane from still decomposing carcasses from the stockyards bubble up in random blips like you see after a bottle of 7-Up has been poured into a clear glass. In the coldest winter we can have, this past one was the eighth coldest on record, Bubbly Creek never freezes over. It is mesmerizing.

I’m not one who enjoys writing at my desk, except late at night when there are the hushed sounds of traffic outside. I carry my commonplace book around with me and jot random lines down on a whim. I’ll write sections of a story while I watch the guy from the meth clinic fighting the old heroin junkie over a red milk crate in front of the Old Navy. A few weeks back, I took one of my jaunts, this time with my camera in my backpack. Rich the Nebula-winner (on my blog, everyone has gang member names, because, well, you don’t really see anyone else doing that, right?) had grown up in that neighborhood and reminded me of the Stearns Quarry around 29th and Poplar. Several of my stories involve Archer Avenue, the long diagonal which follows I-55, et al, and over the years I had actually forgotten that we had a gigantically deep yet somewhat small quarry right off Archer. Well, Not From Michigan Mike told me that the quarry was fenced in awhile back after a mugging or a murder–hey, did any of you hear that the governor has offered to send the National Guard up here to help against gang crime? Yep. It will keep our minds off the gas prices, at any rate–but I figured a quest is a quest. And no, I could not see the quarry, but I figured I’d keep wandering, take more photos, maybe come up with a new tale. One of how the Brighton Park neighborhood–one you could see in the film BACKDRAFT as the fire engine raced past the long-gone Archer Avenue Big Store and the doomed St. Bridget’s–the area I knew, was still there in pieces, some storefronts closed, others changed hands, very few turned into metallic monstrosities like the buildings up north. I even applied for a job at Windy City Silk Screening and bought a Pope t-shirt with the Polish flag on it for two dollars. Then I walked towards Bubbly Creek.

Archer Avenue rises over Ashland and so you can get a great view of the rippling waters near the top, and there’s a stairwell that will take you to street level, but separated from the waters by a fence. I interrupted a man on crutches urinating against a pillar without meaning to. The waters do not smell foul, certainly no worse than car exhaust. I stood there watching the waters, the el train beating above me towards the Loop, thinking of skeletal cows doing pavanes in the green opaque that would one day be waterfront property for vacuous town home owners. I will one day write a story of a ‘haint that has a ghastly mooing sound and a mournful cow bell that will announce its arrival.

After I’m gone, I hope to be a ghost here, walking the streets, watching the addicts fight over begging rights, most of all sitting on the Ashland bridge, watching the dancing ghosts below 32nd Street, the overhead traffic oblivious in their fervor to get to their destinations.
Posted by Wayne Allen Sallee at 7/28/2008 11:10:00 PM 6 comments: