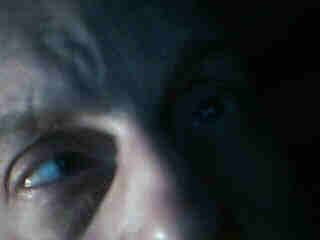 Been a few days since I made an appearance here. Nope,I didn't get on that Greyhound to Portland. Meth City. The city Richard Kimble ran from Lt. Gerard in three separate episodes. Earl Emerson wrote a book called THE PORTLAND LAUGHER, but during the course of the book, you find out that Emerson took that phrase from a radio show host from that Oregon city. (Sid Williams sent me some of the Emerson Thomas Black mysteries when I was recovering from blood poisoning in my right elbow back in '01. So I copied him by stealing my blog title from an episode of LOST. This is a rambling post, the result of my (still here at work) putting in 27 hours in two days. But at least it keeps me off the bus to Portland. I got me a bridge and a noose waiting for me there, when this life doesn't need me anymore...Wayne
Posted by Wayne Allen Sallee at 5/01/2007 09:08:00 AM 3 comments: