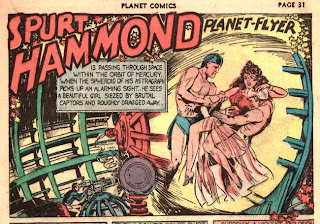 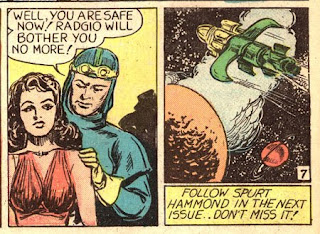 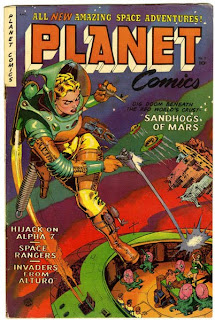 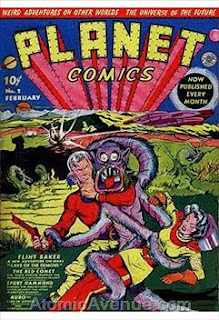 I only have a few titles in my Golden Age long box, but that's because I collect certain titles, the Blue Beetle put out by the Fox Syndicate and, of course, Dick Briefer's Frankenstein. I also have a few copies of Planet Comics, with ran 73 issues and actually made it into the early 50s.

But I never heard of Spurt Hammond until today. The appearance was in that bottom cover, possibly illustrated by Basil Wolverton. Check the cover on the other one, though. The later issues rivaled Astounding for their cover art.
Posted by Wayne Allen Sallee at 3/19/2010 11:34:00 PM 3 comments: