The best way to pull this off was to take overhead shots from Google Earth. I've previously posted photos of me at various times on my grandmother's property. The land was sold in the late 90s to a neighbor, who then sold the land to whomever was going to build an ugly subdivision complete with a lake a few years later. The subdivision abruptly ends with a road that points directly at where the farmhouse is now barely visible.

Google Earth offers a feature where you can click back to various months and years where the Google satellite had taken photos, so you WILL see the blueish roof of the house, and even part of the stables. The photos will likely be out of order, as if I post more than a few, moving them around to the right order is hardly worth it once I've described everything. The main thing to know is that US 60 to Flat Rock Road brought you past a cemetery for 'coloreds' and another that was mostly made up of baby spoons attached to a small piece of metal, and then you'd turn left on a gravel road (blacktopped over in the photo you'll see). Two or three houses still stand closer to Flat Rock Road, but my grandmother's farm was at the end of the line, maybe a half-mile in length. Most of the road is no longer visible, though for all I know, it never was visible in the years and decades before Google Earth. Anyhow, a shot of the subdivision that will eventually swallow up the rest of the farm, although there has been no development since 2010. You'll see the trees and bushes retreat  in GE images from 2005 and 1999. Sad to look at. 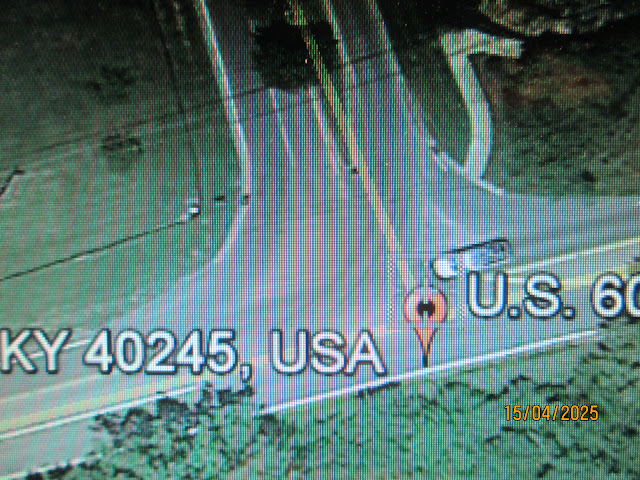 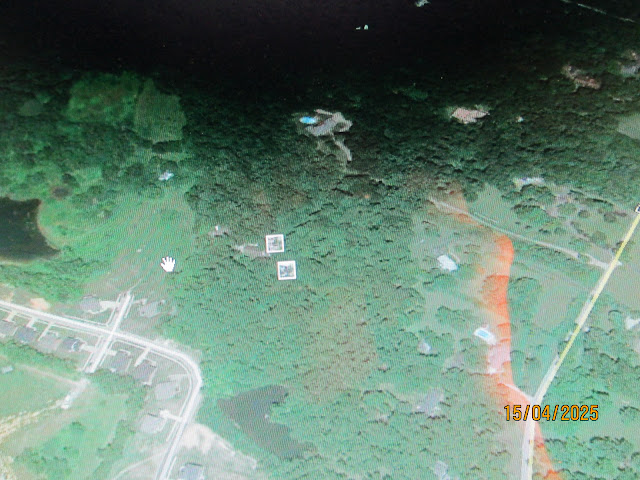 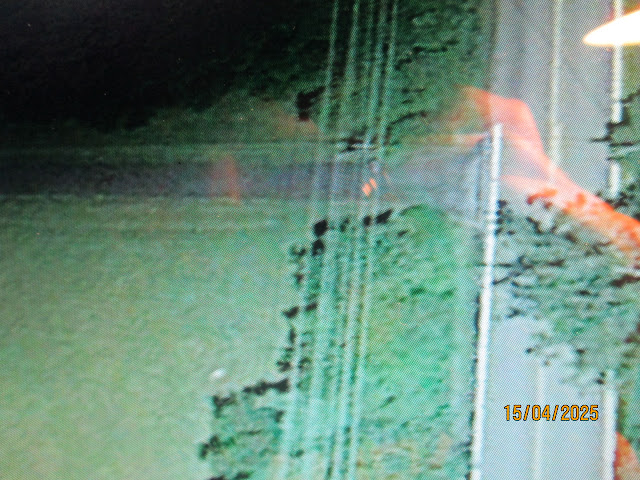 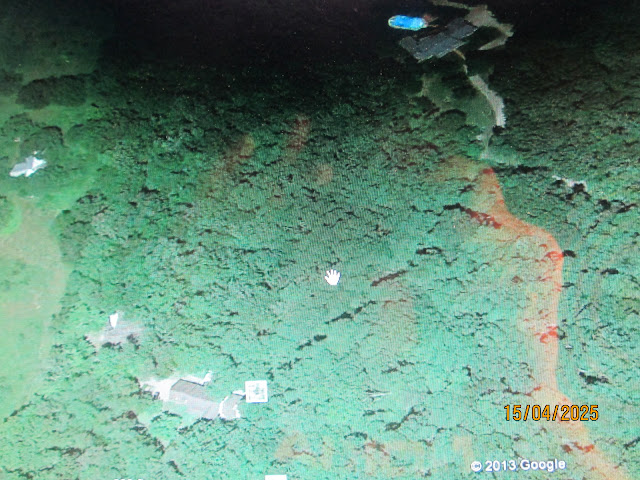 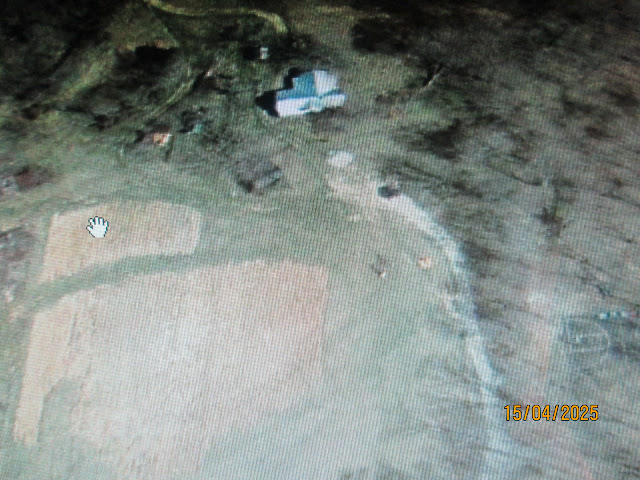 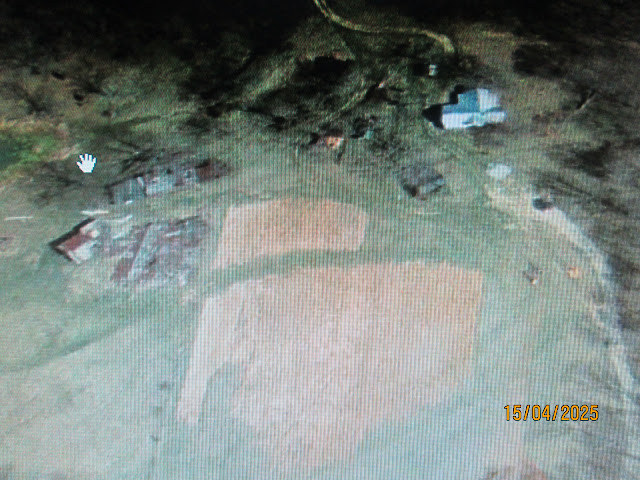 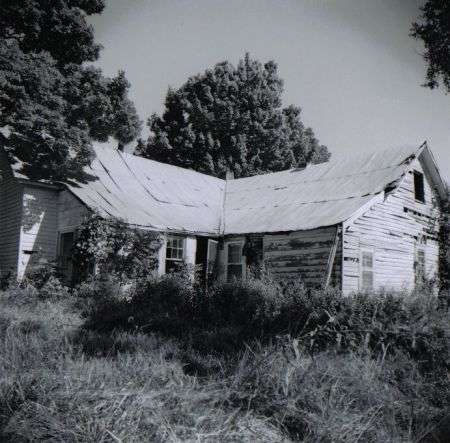 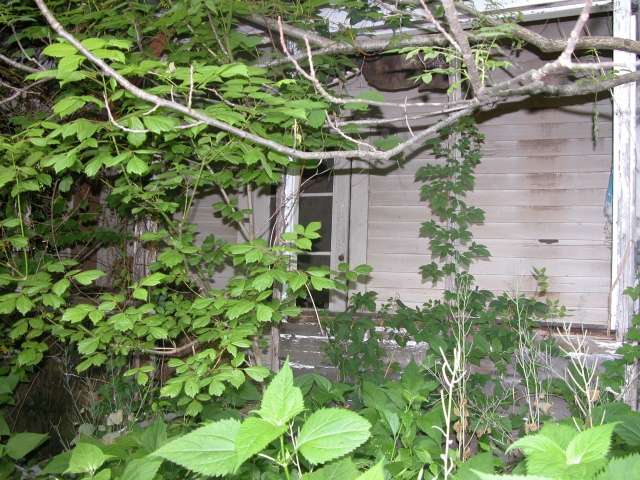 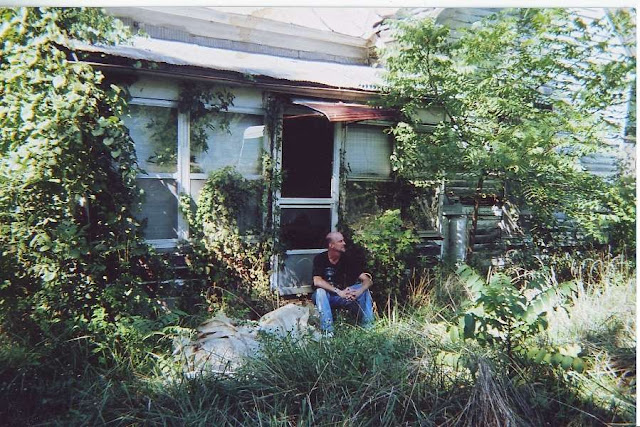 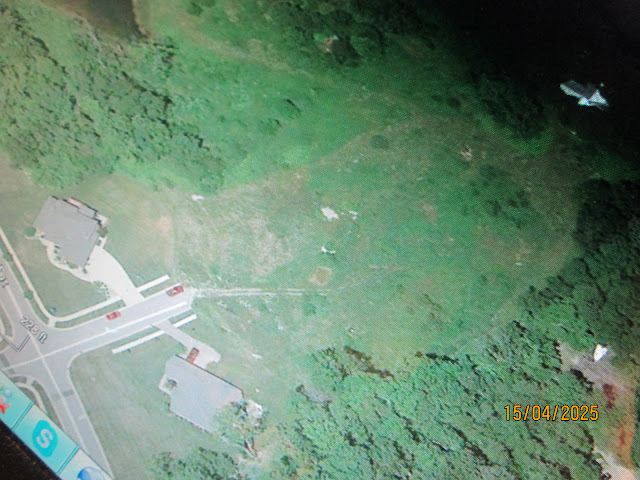 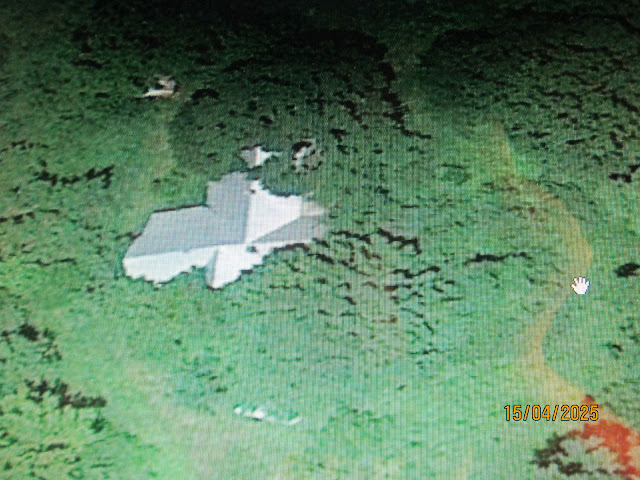