Get Down With the Sickness 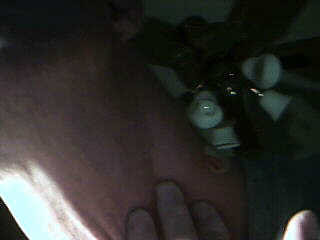 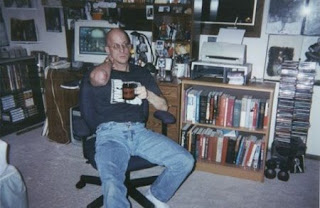 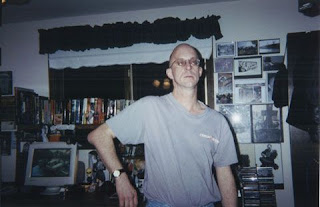 Got my anti-inflammatory shots again this morning, the last time was on election night. The doc's office is in an odd part of the city, not quite business, not quite bungalows, which gives that stretch of Pulaski a sense of desolation. Particularly when waiting for a bus and its zero. At noon. Sometimes I get one of the shots in the collarbone area, other times, when its bad like this, in the neck. Hope the webcam shot looks good, I felt it this time, the muscle right near my jugular was hard as a rock.

One of my friends down south just got over a week's worth of pneumonia, and I can honestly say that this is something I've never had to deal with. I despise having the 24 hour flu, with a passion. If I'm going to have pain, I want it to be something fantastical, not stomach cramps or a sinus headache. Bring it on! I moved to Burbank in June of 1999, roughly two miles west of where I had lived, off and on, since 1966. I got the 24 hour bug over the 4th of July weekend, then a week later, I fell and broke my right arm in three places (remarkably, the first damage ever to occur to my crippled right side) by toppling into my cousin's basement. I didn't know the arm was broken until after the drive home and I found that my arm would not bend. And so I spent the entire summer in a cast.

Well, on December 29th of that year, I fell on some patch of hard snow or something on my way home from the bus stop. My right arm hurt, but nothing like in July. Then it got red, so on the 31st I went to Advocate Christ, mostly scared because my watch face seemed to have gotten condensation in it and the hands stopped moving, plus my arm was radiating heat. I was sitting around for hours, no surprise there, what with it being the new year and the gang shootings and then the retaliation shootings. Somehow, presumably when I fell on the 29th, something had gotten into my elbow, dirt or oil, it is still a mystery. The surface temperature on my arm was 105. Whatever had infected me had gotten into the little nooks left when my broken arm had healed. I was given a shot, a week's worth of antibiotics, and it healed fairly quickly. I'm still creeped out by those photos, because I could never really position myself to see the elbow, not even in a mirror, due to how my neck moves and my right eye not being able to focus. But I'd rather go through that then have a stubbed toe any day.

And in this day of emails and Facebook, I still took the time to send my recovering buddy a postcard. Of course, I could have actually emailed him during the time he WAS sick, but I can be that way with emails.
Posted by Wayne Allen Sallee at 1/26/2009 10:38:00 PM 3 comments: