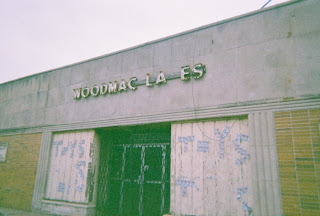 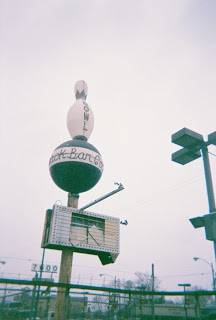 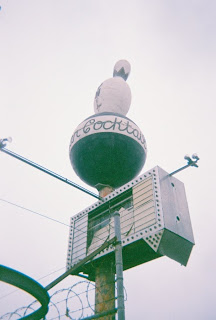 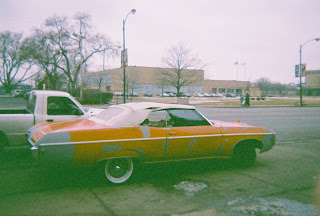 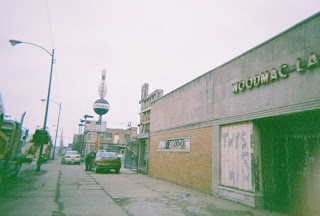 Just as our movie theaters are disappearing, so are the bowling alleys. Not that I could ever bowl anyways, because of my coordination. But that's not the point. So after I ate my Fat Johnnie's hot dogs, I crossed the street to get the photos of Woodmac Lanes before it, too, is a ghost. I'm sure the bowling pin will go first. You can see where the pin is separated from the main building my a street, my guess is that that used to be the parking lot. The fence is there because there are a lot of cars in the lot for a nearby repair shop. I took the photo of that Impala just because it looked cool sitting where it was.
Posted by Wayne Allen Sallee at 2/14/2010 11:07:00 PM 1 comment: 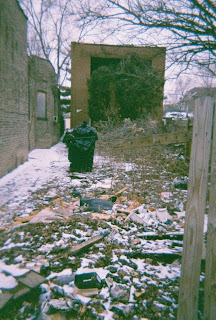 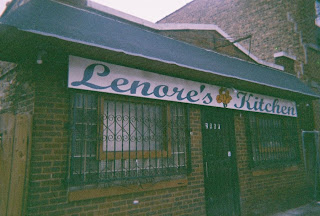 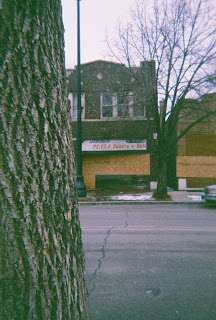 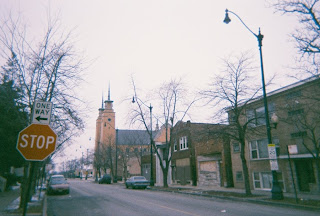 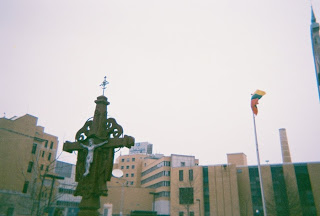 These are from my trek to Holy Cross Hospital down Lithuanian Plaza, the same roll of film where I stopped at Fat Johnnie's and its frozen canoe flower box. Last September, I posted shots of the taverns now closed or keeping mysterious hours, but I was unable to take photos in front of Lenore's. A few guys were hanging out in front and it was more a respect thing,as they got that I was taking photos of the old Lugan bars. But, really, just look at the empty lot that is directly east of the Kitchen, the photos almost match when held next to each other. Seriously, what the shit, right? I stood in front of Lenore's and took a photo of the old deli, then an angled shot towards California and the church right before the hospital parking lot that kinda shows how many buildings are boarded up or just plain sad looking.
Posted by Wayne Allen Sallee at 2/14/2010 12:00:00 AM 2 comments: