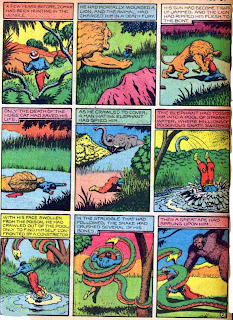 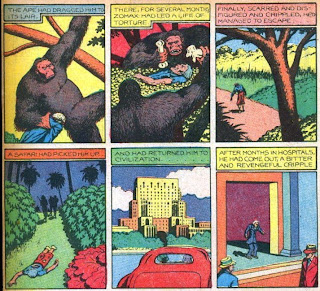 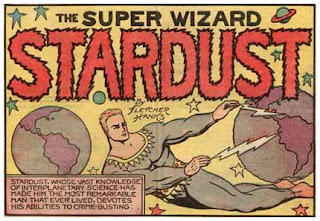 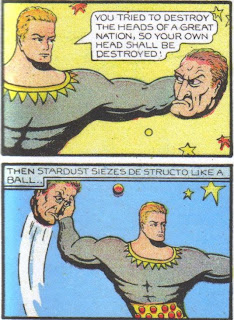 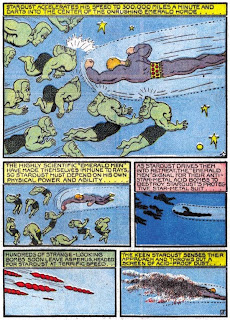 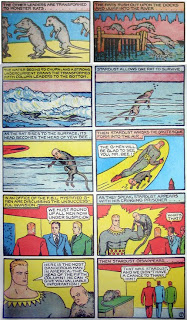 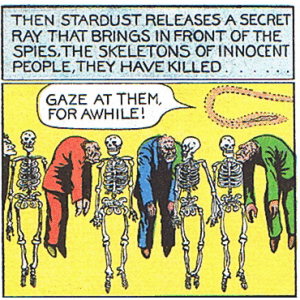 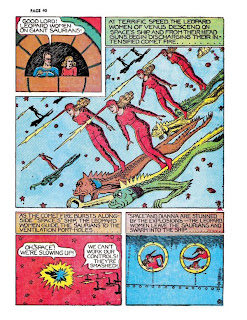 Well, I posted more panels of art than I expected here. Bob had reminded me that Fantomah was the work of Fletcher Hanks, as was Stardust. I was going to mention the latter in this post, along with a few others. I'll stick with just the two tonight. And it should be mentioned that Fantomah preceded Wonder Woman by a few months as the first female character in comics. Check out the bad luck of the guy she'd end up killing by being engulfed in a tidal wave.

Hanks was an alcoholic and a wife abuser, but he seemed, by all accounts, to have left his family behind in the 1930s. As Bob mentioned, he was found dead in NYC, frozen to a park bench in February of 1976. (Things have changed, but it was not uncommon to see the homeless found frozen here in Chicago during the blizzard years of the late 70s and early 80s.) There's no way to connect the dots between 1949 and 1976, but if it involved drink, I'm surprised he lived that long: he was born in 1889. Hanks did use several pseudonyms, perhaps he found work somewhere under a different guise, but his style is quite memorable. And he is violent, but that was the Golden Age's underbelly. You could get away with bondage and beheadings. Siegel & Shuster created The Spectre a few years after Superman, and he did all sorts of things to crooks, he melted them, cut them in half with scissors, you name it.

For all the names he used, Fletcher Hanks was using his own at the end of it all, at least that's who the cops identified on that park bench almost thirty years ago.
Posted by Wayne Allen Sallee at 11/22/2009 10:40:00 PM 5 comments: