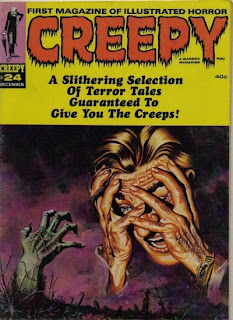 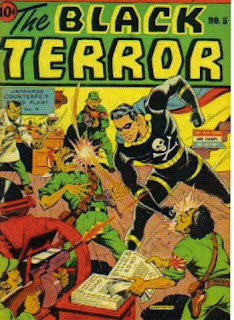 Stayed off the keyboard the last few days until I got some anti-inflammatory shots in my neck and back--my right elbow this time, as well--just in time for a surprise 15 hour workday yesterday. There were three days of the Hunter's Moon here, but only the first night was clear. Wednesday I walked down that winding side street I'll miss so much when the plant moves, and it was way cool that night because with the moon behind me, my shadow was clear on the blacktop in front of me, not spackled like you get from streetlights. As I walked, though, my mind drifted to the line in AN AMERICAN WEREWOLF IN LONDON..."Stay off the moors." I kept looking at the dark lawns on either side of me. I bought an orange backpack, I guess the idea of Walking Jim getting hit and runned got to me, so at least I can't be blamed for dressing like a ninja Steve McQueen if I'm ever run down. As Kate aptly pointed out, it is funny that I can only download Naturally Speaking in French and Dutch, seeing as those languages were the last sets of foreign edition books I'd received in the mail. I'm a bit annoyed that I can't be talking this into a microphone, but then again, I'm annoyed that the shots from the doctor only work about 75% by the third day. (I just need to stay on top of things by stretching and excercising). When I got off the bus that night, I stopped in a Walgreens for dog bones and Blue Oyster Cult's song that is my subject title was playing. That song has been in my head ever since I read THE STAND twenty-seven years ago, my hardback edition still having Captain Trips killing everyone off in the summer of 1980. I read quite a bit of that book in the town I've called Tallow Lake in several of my stories, most notably "Blood Border." I used to go there with a few guys from college for the weekend. Lake Geneva was nearby and, this is just a strange memory stuck forever in my head like the theme song to TOBOR, THE EIGHTH MAN, we were listening to a live band on a cloudy summer day play "Don't Fear The Reaper" and I saw this girl Mary, a waitress from Fat Cat's on Main Street. Now, Mary is the name mentioned in the song, and in the Stephen King quote. But, even now, whhenever I hear the song, I think of the sky that day, the smell of the water, and the waitress, the color of her blouse and the make up on her face. I can see that image as I type this, as if I have a photograph right here. And the candles blew and then disappeared. And she had no fear...Wayne
Posted by Wayne Allen Sallee at 10/27/2007 08:10:00 PM 5 comments: