The View From Room 812 South 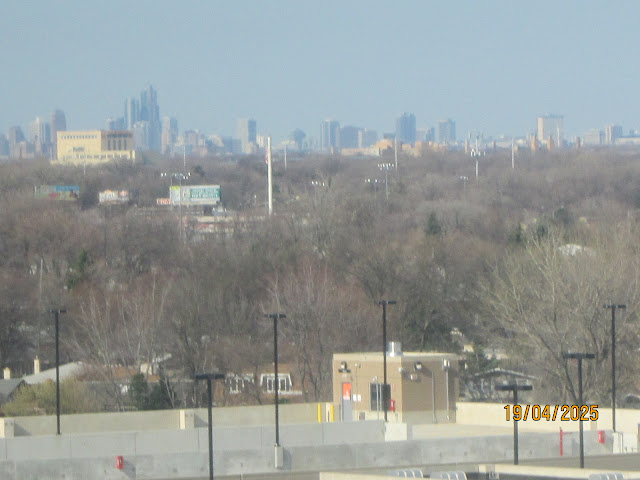 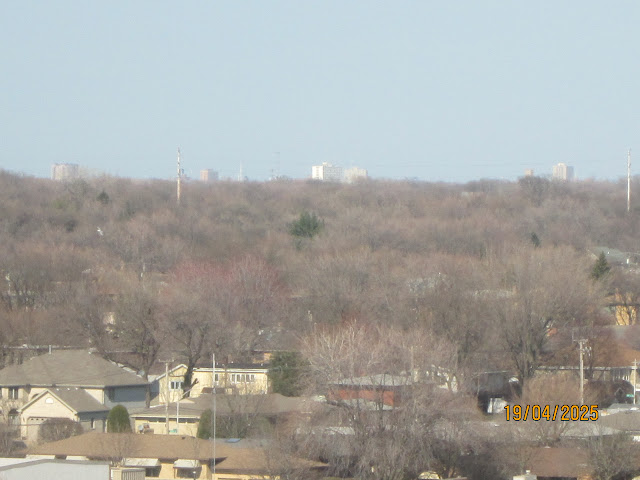 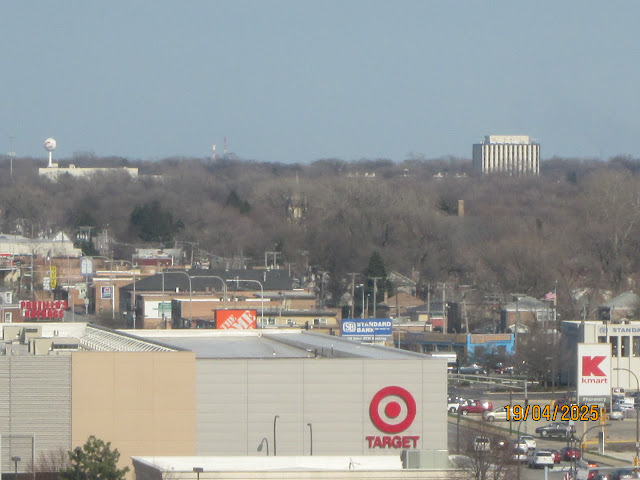 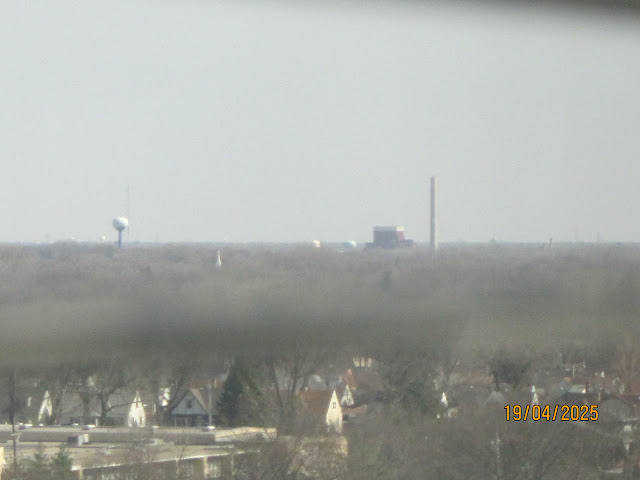 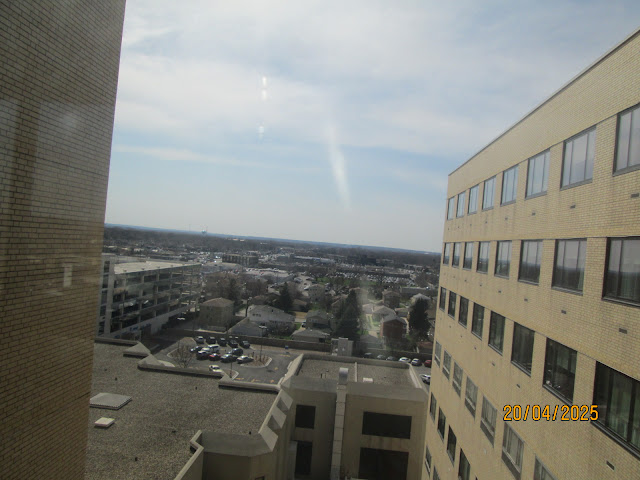 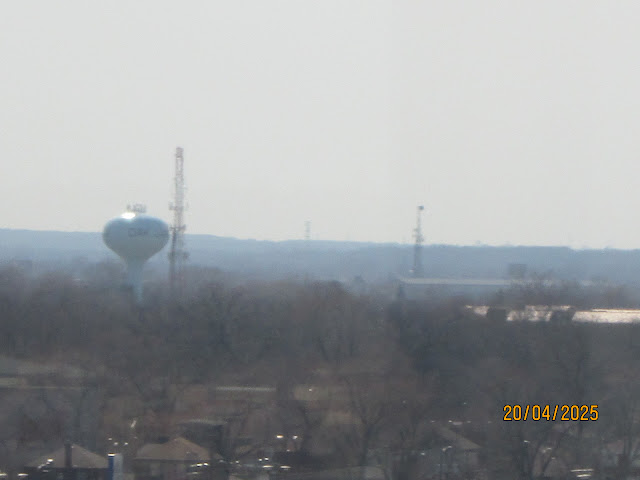 I took these photos from my father's hospital room, mostly to show how flat the land can be south of the city. Granted, this is eight stories up, but it still amazes me that you can see the Loop behind the Nabisco Factory. The factory is two miles NW, downtown is thirty miles. I just think of the suburbs further away from the city, with their hills and valleys. The second and third photo pan east, and in the third you can see the Evergreen Park Bank at 95th & Western, three miles away. There was a comic shop near there and I would ride my bike from my house, and I still find it hard to believe that I could ride six or seven miles each way on a bike, nowadays my knees crack if I'm on a treadmill. The fourth photo, which was difficult to get, is of the Alsip water tower. The printing plant I worked at was in Alsip, the tower is at 135th. With our grid pattern changing a little outside of the city (instead of facing TOWARDS the city), it might be only five miles. The last two shots are of the massive Oak Lawn water tower. If I cross 87th Street, I am going from Burbank into Oak Lawn. At 95th and New England Avenue stands the tower, and it is big. The last photo is a zoom, and I'm in the hall now, facing west. My first job, in 1975, I washed dishes. One of the guys I worked with lived in the house that had the water tower in its' backyard. There was a fence around it, but what would that matter if lightning split open the water tank? And that is my tour for the night.
Posted by Wayne Allen Sallee at 4/30/2013 01:22:00 AM 1 comment: