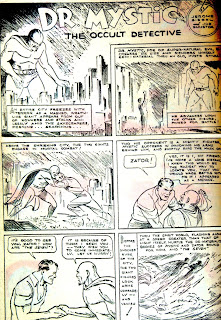 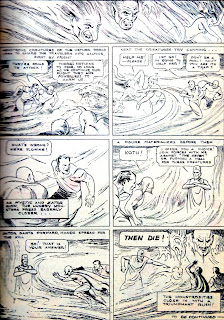 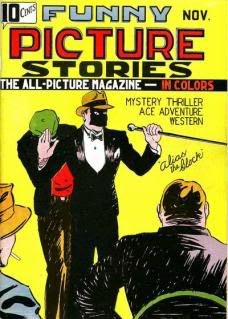 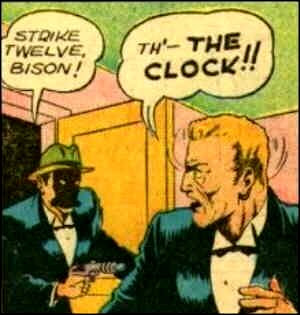 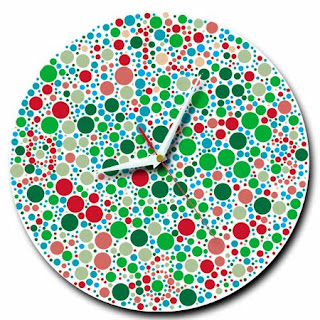 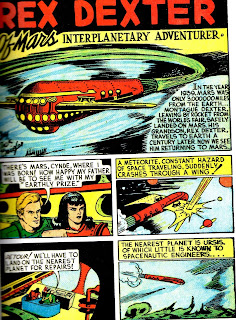 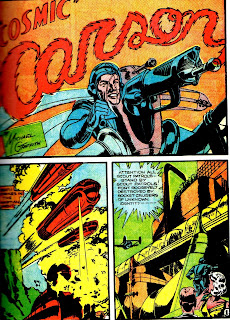 After you read these words, you must all--each and every one of you--go back to my previous post. Paul Karasik, the keeper of the Fletcher Hanks Torch, commented on Sunday's post, adding some juicy info about secret stuff to be found at www.fletcherhanks.com I so miss Mystery Guests. The last one was some guy who really, really thought he would "learn something" from my blog but that I should also buy Cialas from a dead Nigerian.

Onwards! I just added the first two panels, I forgot all about Siegel & Shuster's Dr. Mystic. He'd pretty much become Dr. Occult once they got the concept going. Everyone was starting out in trench coats, as Occult was very dapper. The Clock was arguably the first costumed hero, though I doubt he spent much on the costume OR the business cards he used. But there he is, the second story in SUPERMEN after future-Superman creators had a giant walk into a huge city. And then start a fight.

Two other things posted here, Cosmic Carson was drawn by Jack Kirby, gang! And Rex Dexter was a series by Dick Briefer, of whom I'll be discussing in the near future now that I have read the Frankenstein volume. Bob mentioned the similarities in Hanks' and Wolverton's styles, and I saw it, too. Without pages in front of me, I know it is because it seems as if some of the illustrations look as if the artist kept poking his pen at the page, if that makes any sense.

Now go to the previous comment page. And read up on Paul Karasik and buy I SHALL DESTROY ALL CIVILIZED PLANETS for everyone you know for Christmas.
Posted by Wayne Allen Sallee at 11/23/2009 11:43:00 PM 2 comments: