This Night, in Chicago... 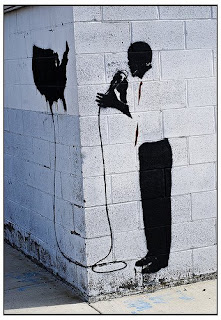 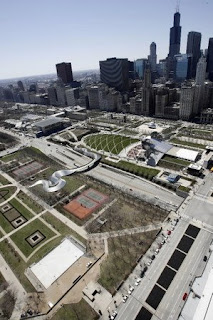 Sid's in Denver and I told him I'd grab the paper to send him local photos from the election. I was nowhere near downtown, but I was in the city, having gone to get my anti-inflammatory shots. I told Sid that one day there would be a nonfiction novel, not a memoir, more like a cop story. The entire novel would be in one neighborhood in Chicago, one night, ending even before voting stopped for the night. The air was both electric and static and heavy. George Pelecanos wrote THE BIG FOREVER, and its a period novel, but is set entirely during the March Madness basketball games in the late 70s, covering maybe two weeks in Washington DC. Its a violent book, I'd hope the news I've been hearing of gunfire in certain areas is simply a rumor or an exaggeration. But it was something, walking the streets and sitting on the buses earlier this evening, afternoon turning to dusk, then to night, me at various transfer spots. The air is what I remember most, it was like breathing in something that really wasn't oxygen. Hard to explain, really. And I know I won't be the one writing that novel, and I'm not saying it will even be written anytime soon (refer to Pelecanos above). But THIS NIGHT, IN CHICAGO might be a pretty good title to start with...Wayne
Posted by Wayne Allen Sallee at 11/04/2008 10:46:00 PM 3 comments:

Well, here's the thing. 'Ol G.W. Ferguson thinks the Ides of March song rates right up there with Bloodrock's "D.O.A." That's a song about a plane crash, and I wonder if the band knew the letters also stood for Dept. of Aviation (as they, perhaps, unfortunately do here, as these blocks are all over Midway Airport). But, let me pose this to G.W., does that song ever get covered by a Polish polka band at someone's 70th birthday party? To offset this horrible yet mind-bending YouTube from Milwaukee Avenue (AKA Polish Broadway) Hell, I also found a video of Blues Image singing "Ride, Captain, Ride." I've always loved this song, I can hear it playing in my head next month when we pour Harry's ashes over Lake Michigan, but I really don't know what the flaming hell surfboarding has to do with this song. Sure is a cool hole in the rock where they set up the band, though, huh?
Posted by Wayne Allen Sallee at 11/04/2008 11:23:00 AM 4 comments: