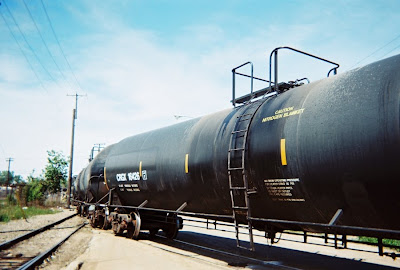 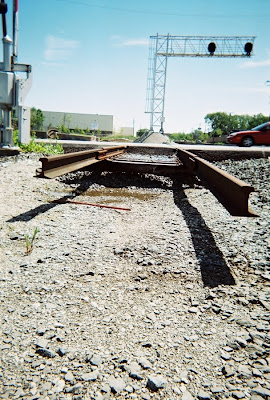 Rednecks & Terrorists (sung to the tune of Incense & Peppermints)

Well, in my head at least. I wrote a story called “Derby Geeks & The Thunder Chiefs” because I never understood the line from Cheap Trick’s “Dirty Deeds (Done Dirt Cheap). My hearing couldn’t have gone that bad by working with the Elvis band. This paragraph isn’t even a lead in to my monthly visit, nor does it have anything to do with trying to explain the finale of LOST. I hate word association; after accidental self-combustion, it’s the thing most likely to get me jailed in a small town jail that still smells of Johnny Cash’s pomade.

I’ll be heading down to see my daddy’s relatives in Shelbyville, Kentucky, this weekend. An informal reunion, we used to have them every Father’s Day for my entire life until my Granddaddy Grover died in 1996. He was a rascal, married five times, twice to the same woman. I have an aunt who is my age, she appeared in commercials for Coca-Cola and Dentyne in the 1970s. Everyone there knows I’m a writer, my cousins’ kids are fascinated by that. I’m a polack raised by hillbillies, and that might explain a lot of things. No one is a redneck, though there are a few durn fools lurking in the taverns. Here the signs read Old Style: Zimne Piwo (or Cerveza Fria), in Shelby County it’s Sterling: Time For A Beer. I’m talking signs dangling the sidewalk, not that neon crap. And if you walk into a joint that advertises Sterling like that, you’re stepping onto the set of Barfly, so get ready for it.

I love being down there, and I get at least some writing done, because there is no way to not find inspiration in the wind itself. I’ll write after everyone is in bed. Now, I’ve taken Greyhound to hang out with my cousins Danny and Denise several times, the last time coincided with the weekend Katrina hit New Orleans. My family was last down there in July of 2003, and I snookered–this is some obscure Chicago word that I’m likely using with the wrong inflection–my namesake, Wayne Henley, to surprise my dad. They were high school buddies. After the trucking company he worked for went bankrupt, Wayne moved to Madisonville with his wife Bobbi. My dad hadn’t seen Wayne since the 1980s.

My namesake kept on me about writing a western, and his son David really wanted to see Two-Gun Henley in action. Best I could do was wrote a werewolf western called “High Moon,” and Wayne liked the story, even calling it a western, and he died from cancer two months after the story saw print. I am always overwhelmed by the ghosts in Shelby County. “Dracul’s and Am’tyville thangs,” is what I write about, depending on who is doing the talking. If I visit relatives in Illinois, I am going to subdivisions that are maybe twenty years old, and all the talk isn’t about people who live off the land, but people who buy the land.

Moving on to Exhibit B. Two weeks back, a friend was in town from Manhattan, and we were riding around the old stockyards area taking photos. Mark posts photos at Chicagoswitching.org, and I had my dopey old CVS disposable. There we were at 38th and Morgan when this black Chevy cuts us off as we’re walking down public property. This kid gets out, sunglasses, pearly teeth, no partner, no notebook. Who were we? What were we doing? Mind you, this is near Bridgeport, where all of the Mayor’s goons live. He even brought up 9/11 and terrorism as he gave us stern warnings. Funny thing, he uses a cell phone to call “his boss at the 9th District,” and the guy who strolls over is a guy who looked like a pudgy Dennis Farina in a yellow hard hat. He seemed to take control of the situation after that, which was basically we were chums and the kid was a douche. What it came down to is that we took photos of a train car that had the words Nitrogen Blanket written on the side. The kid in the Chevy was probably pouting because he couldn’t have a play date with his fellow neighborhood idiots. Bad enough when someone pretends to be a cop, it’s worse when the guy’s acting skills are worse than Charlie Sheen’s.

Mark stayed at this SRO in Chinatown, and I should throw in some details here before I hang up my hat and get ready to hit I-65 southbound. The bed came up to my calves. Every fire escape seemed to converge on Mark’s room, but I never found out if he was concerned about ninjas. I love searching new hotel rooms, and I found a broken smoke alarm in the mini-bar. That was it, the two pieces of plastic. The greatest find was the medicine cabinet, which contained a razor, three blue toothbrushes, and a bottle of Elmer’s Glue. Maybe that was for fighting off the ninjas.

Soon I’ll be on the open road, under a full moon. Before I leave, I pulled up one of my favorite songs on YouTube, by Johnny Russell. There’s no place than I’d rather be than right here, with my redneck, white socks, and Blue Ribbon beer.
Posted by Wayne Allen Sallee at 5/27/2010 11:43:00 PM 1 comment: