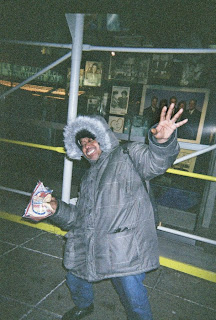 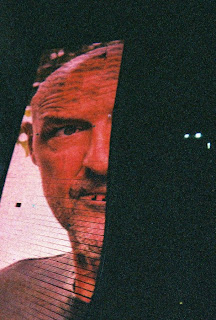 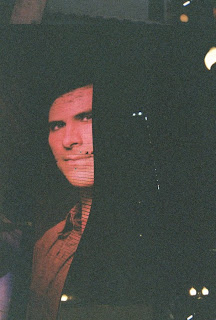 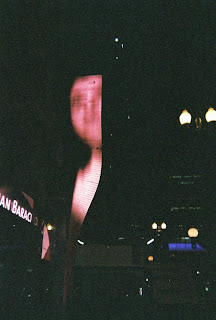 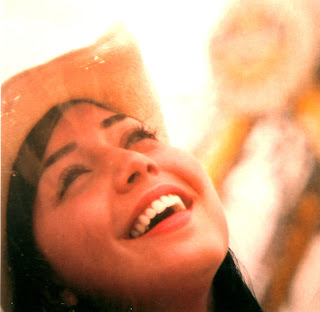 These are all photos taken this past Monday, but for the last. I had made good time coming back from Fullerton, so I got off the subway to walk around and enjoy the air. Warm enough, but still a nice crispness to clear the head and give nice plumes of breath out of everyones' faces. I noticed those ads again for LOST, the final season starting up in three weeks, and took a few photos more to see how they turned out in the dark more than anything else, and a few photos look like the blurry one I posted. The sign is falling apart pixel by pixel, but the sign still looks good on the opposite side, likely kept from the wind by the Lake Street el platform. They were doing construction and I was going around it when I met Ricky J from Salt Lake City, who told me he had no plans to go to a shelter, was holding a sandwich some guy had handed him while I was taking the photos, and Ricky J was amazed when I gave him two dollars, as he was expecting coins. I post the last photo with sadness. I have been in love with this unnamed girl, from a cell phone ad in Spanish, and I'd seen her every time I was at the bus stop since April or May of last year. Last week, the ad was replaced, still in Spanish, still for cell phones. This one annoys me, and I've yet to figure it out. Maybe its just that there's no longer the girl in the hat with the Ferris wheel in the background. That must be it.
Posted by Wayne Allen Sallee at 1/13/2010 10:53:00 PM 3 comments: