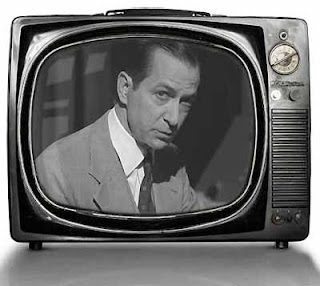 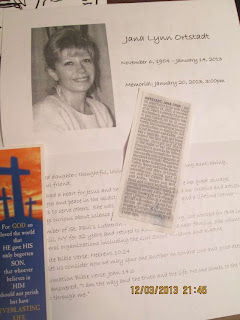 My friend Jannah Ortstadt died in January. Fought a long battle with cancer. I'm hoping she was never aware of the shootings in Newtown. And I'm happy she never saw the bombings at the Boston Marathon earlier today. Even without battling cancer, at times, things are simply to hard to deal with. Jann lived in Knoxville, we talked as part of a group of people who watched LOST, and after it ended in 2010, a few of us still talked about various shows that have come and gone, THE EVENT, FASTFORWARD, V, and before we stopped messaging on Facebook last November, THE WALKING DEAD and REVOLUTION. Television can be a needed escape. I still catch myself at times, thinking how I'd have to mention xxx or yyy to Jann. I have several things she had sent me over the years, the Tennessee Smokies baseball and go cup with the Cubs logo on both, as they have a farm team, there. Neither of us knew that. A bunch of stuff, really. And earlier tonight I was looking through my CD collection and came across the soundtrack for GOOD NIGHT & GOOD LUCK, the film about Edward R. Murrow. Months before, I had mentioned watching it. She found the CD in an odd place, remembered my comments, and sent it my way. I sat at my desk, trying to finish pulling a sticker off, it covered the top half of the CD box, Jann had bought it at a reduced price. As I worked it, I remembered that Jann had started on the opposite side, being right-handed, and she had to stop as she was weakened at the time. So I caught up to her and the sticker is gone, I had made it a personal mission to use my fingers and not a Brillo pad. I know this all sounds ridiculous, but as I listen to "One For mMy Baby" by Diane Reeves as the rain falls outside, I have this image of Jann and I working together to get that label off, our fingers eventually touching when we reached the middle.