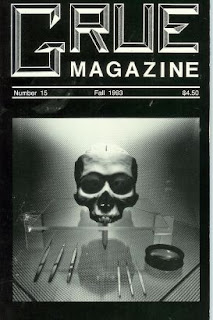 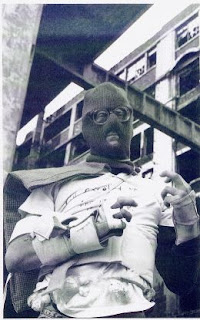 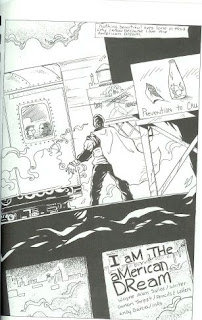 Yes, "Rapid Transit" sucks/sucked/will always suck because it was the first thing I ever sold, not counting my poem "Uncle Don" to BEATNIKS FROM SPACE. But the story did have a pupose, filling a certain void in 1985 Chicago, and Peggy Nadramia did indeed have the balls, or maybe her husband Peter Gilmore's nuts 'o fun, to publish the story. Even though it had no dialogue. Even though I resorted to having a cockroach crawling in a certain body area for effect. My final writing project at U of I, and she buys it! The only time you'll ever see my middle name missing in a story heading, though. But ENOUGH! Peggy had me in her magazine--and in their humble Hell's Kitchen abode--many times, and some dude named David Bruce wrote what would be the first nasty letter directed at me to Peggy. David himself wrote stories about joggers being eaten by steel vaginas, but I digress. GRUE#7 saw the publication of "I aM THe aMerican DReam." Evan Shustak would eventually appear in several stories and be killed off in my novel, THE HOLY TERROR. Almost fifteen years later, not a convention goes by where someone, and not always a stranger at the urinal next to me with orange ooze coming from a cast on his forearm, but again, I digress--asks if I'll ever write about the Dream again. All his stories were typed journal format, recounting his exploits, running around Chicago with wrist braces and a heating pad for a cape, dragging along his invisible sidekick, Blind Justice, who nowadays might represent The Patriot Act, but once again, I digress. The above photos show a copy of GRUE with photo work by HE Fassl, myself dressed exactly as THe aMerican DReam for the story "Smile For The Wild" in Rachel Drummond's SEQUITER one-shot, and the comicization of that first story in GRUE for Hart Fisher's OUTLAW NATION, produced by Boneyard Press. It may have been Karl Edward, rest his soul, that kept my name in peoples' faces for a decade, but I'd still be selling poems to BEATNIKS FROM SPACE if it wasn't for Peggy Nadramia, one of the coolest, neatest women on this, or any, planet. Blurt! Squib! (Inside joke c/o the Long Island RR conductor after having a few Jacks straight up). Your chattel, Wayne
Posted by Wayne Allen Sallee at 12/05/2006 11:04:00 PM 6 comments:

Labels: movies with submarines in them 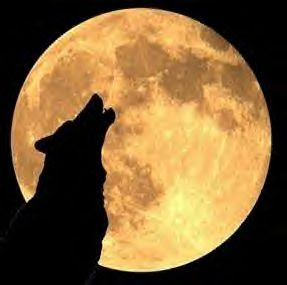 The bus ride went well, waited twenty minutes in 18 degree weather. I can deal with that, although my scripted writing--not printed--looks like crap even at work after I've been inside for an hour drinking water with radium in it and inhaling ink and paper dust by the snootful. I do eventually adjust to this weather. I'm getting anti-inflammatory shots in my back and neck in a few days, the equivalent of the Tin Woodsman's oil can. The sky is a deep blue here, I just came out from walking my dog, a collie named Buddy the Mitch (after Robert Mitchum and because my nieces wanted him to be called Buddy), and the full moon shines on frozen snow that mirrors the globe in the sky. I watched late night flights from Midway airport, FedEx, UPS, flights going straight SW. Crunching on the snow and occasional ice. I'm listening to Glen Gray & The Cosa Loma Orchestra, pretending it is March or April outside my window. Your chattel, Wayne
Posted by Wayne Allen Sallee at 12/05/2006 12:15:00 AM 4 comments: