Why I Was in Arlington Heights...Ba Ba BUM 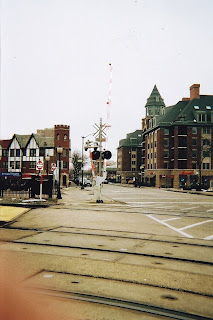 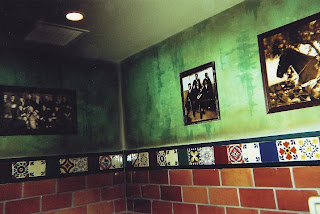 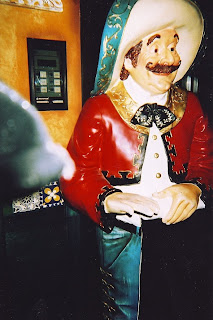 OK, here's the deal. There was a focus group. Paid $120.00, but it was a place that never contacted me, so I wanted to stay in their good graces. I knew that particular Metra Line and I knew that subtracting the cost of cabs, I'd make about $75.00. But I need any dough I can get these days. Plus I had my commonplace book for notes and two different books, so I didn't mind the ride. Arlington Heights, home of the wackiest bathrooms. One of those bedroom communities for everyone afraid of the big, bad city, though even these guys weren't cowardly enough to move out in the middle of real nowhere like my cousins to then spen a three hour commute to/from their jobs. The photo of more or less Main Street (with that cool apartment building) is from the opposite side of where I fell, but you can kind of see where the sidewalk becomes sideways-gravel town in pitch dark, particularly when I can't walk a straight line at high noon.

The study was on radio stations and it was maddening. Mind-bending. Soul-shattering. We rated songs using a 1 to 100 point device, assumedly delegating songs like Mellow Yellow to obscurity with our collective votes. We heard snippets of songs, maybe seven to ten seconds of each, from heavy metal down to late 60s trippy stuff. Here's the thing. When all was said and done, I had heard fifteen hundred songs. Only one Elvis song in the bunch--"Burning Love"--and towards the end, two of my all-time favorites made the list, Blues Image's "Ride, Captain, Ride," and The Band's "The Weight." To cleanse my palate the second night, I pretended I heard Polak Steve & The Stevedores in my head.The craziest part of listening to the songs was the amount of imagery that was bouncing around my tiny, old brain. The songs that bubbled up memories of high school or college, the time I was in Bellair or my first convention in Providence, 1986. Even working with the Elvis band. And that part was straight up insane, like I broke a huge mirror and every shard showed a key image from the last thirty years.

I had a thirty minute wait on the train, and the sky was amazingly clear. Even here in Burbank, its been wonderful at night, though it was enthralling to see flight patterns of planes from O'Hare and in what angles and directions the planes veered off. Where I live, the planes--and unmarked helicopters--are much lower, and at times you can see more than the exterior lights, you can pick out the silhouette of the plane the way you can see the dark side of the moon tonight, with just the right amount of effort.
Posted by Wayne Allen Sallee at 3/18/2010 10:49:00 PM 1 comment: