Incident At The Whiskey A Go-Go, Some Years Back 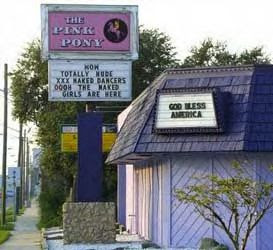 I can't explain this. It was in my Mail Waiting To Be Sent. To whom? Why? And I sure as hell didn't write it a year ago yesterday, that was the day of the VA Tech shootings. I was working double shifts that week at the plant. Might as well share the thing, for better or worse. Most of it is true, particularly the actual encounter you'll cringe in terror from soon enough.


Incident at Whiskey A Go-Go, Some Years Back
by Wayne Allen Sallee c 2007