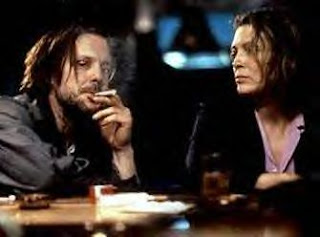 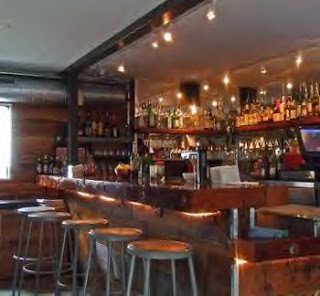 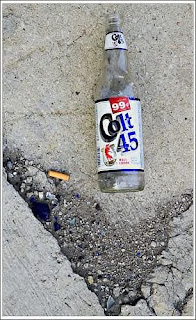 I actually had a date last night. These last two weeks have been hell because of the move to the new plant. (I have photos of the crack house and the bat-filled barn behind the place, but that's for a later post). I thought that the front office would be hell on any given day, I asked Kelly if she was interested in hitting the Delta, the place that is only a shambling walk from my home. Well, later in the evening I was aghast--yes, the only time I have used this word--when she called me. Well, we stayed there until closing. Its an old joint that I go to and write in my commonplace book, one fellow still calls me Kilgore Trout. Some nights its a bar of aging bikers, from the days of a sawdust floor. Some nights its right out of the film BARFLY. A lot of chin nods to people at the bar or walking by. One of the better moments of the night was when an older guy named Eddie, his face like bark on a tree, bought us drinks and saluted. Maybe he was thinking of his own iceberg memories, of a marriage, or a failed marriage, or a dead spouse. It was fun hanging with Kelly, but I think I'll be writing about Eddie one day...Wayne Oh, a PS: I still think of Delta as a tavern. How many of you guys out there go to taverns and not lounges or dance bars or Applebee's...? Just curious. Every bar is a tavern to me.
Posted by Wayne Allen Sallee at 4/12/2008 09:23:00 PM 8 comments: