Naked Joe Biden, Aqua Velva, and My Bashed In Skull

I have spasms at random moments, because I have cerebral palsy. To me, it is like skipping a frame, where my elbow or my neck contract and then move back into place, only overshooting their mark. A cold wind in winter will do this, as does unexpectedly cold water. I'm sure there are some sort of brain waves hoo-har involved, as well, because I'm not spasming like a jack-in-the-box half of the year. And I promise, there is a Naked Joe Biden in this story.

I was at LA Fitness earlier, swam a half mile, went into the sauna, then the shower. Whatever the reason, I had just turned the water on when the left side of my head smashed the metal piping on the wall. I am quite used to the impact, never the suddenness. I'm fine, then I'm my real crippled self all of a sudden. I have my stash in the Jet Blue sort of touristy backpack with drawstrings.I toss my shampoo and soap inside. I'm annoyed with myself because this has never happened around anyone before.  Note: I've added a few photos from past accidents to show that these are everyday occurrences for me, just not for the guys at the gym. 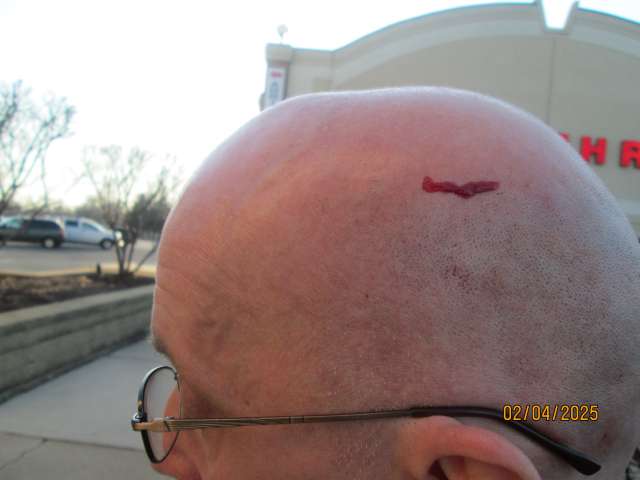 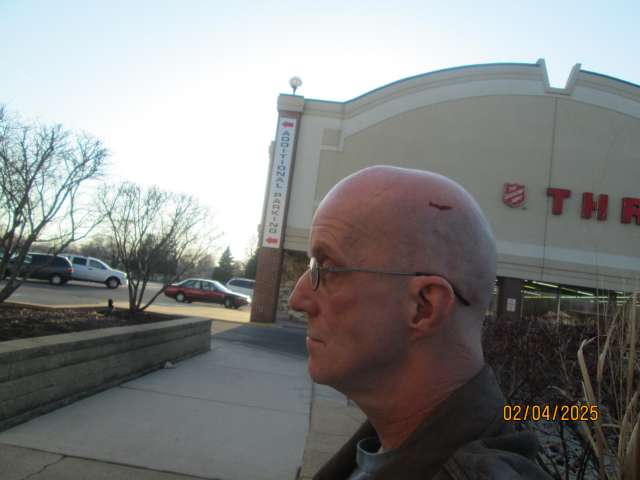 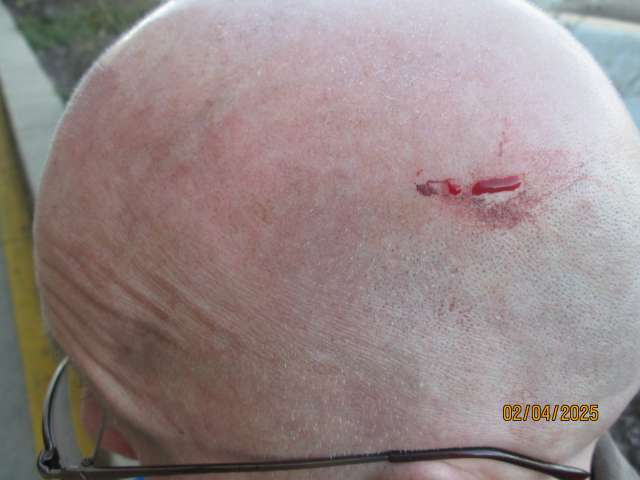 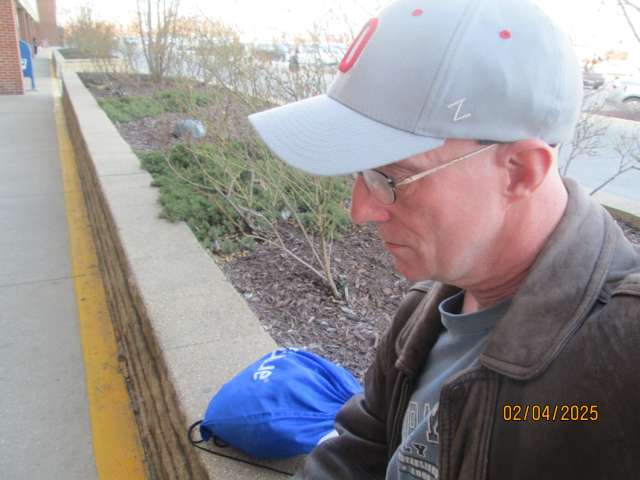 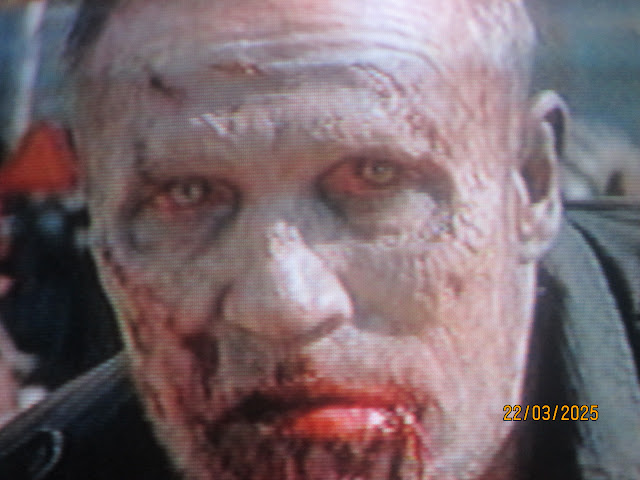 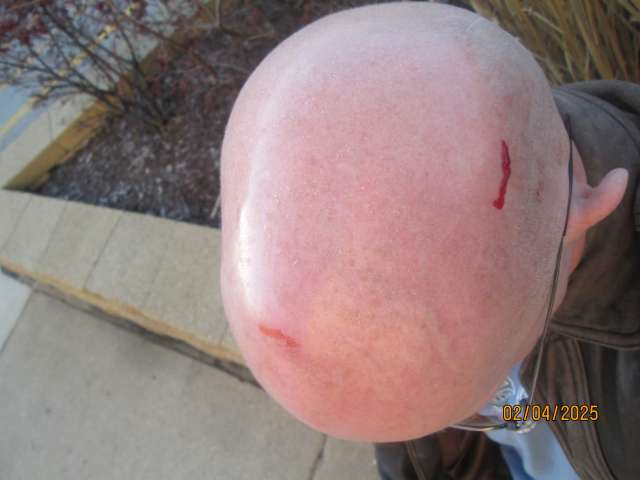 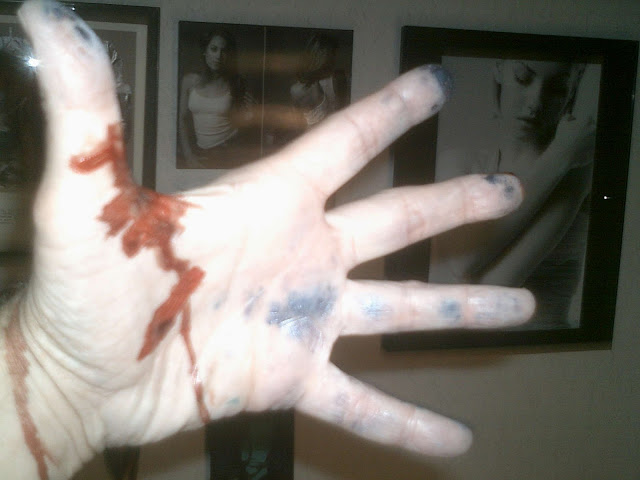 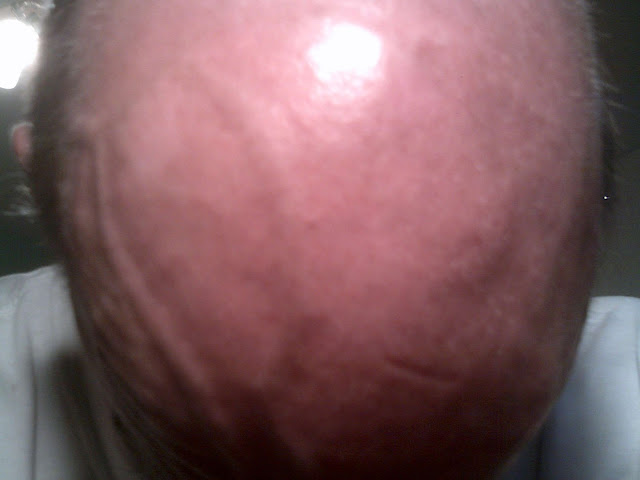 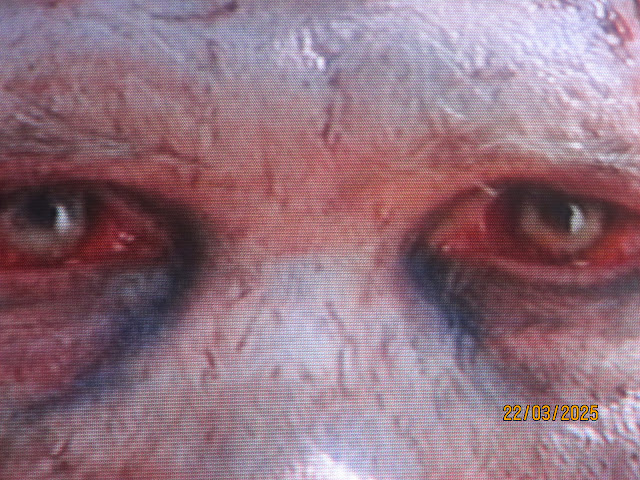 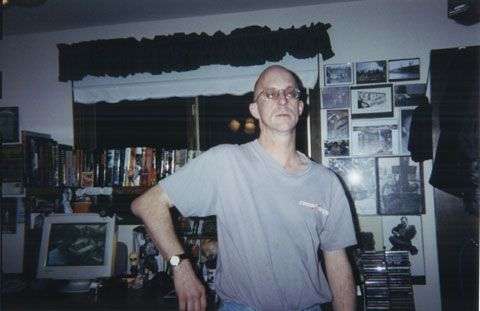 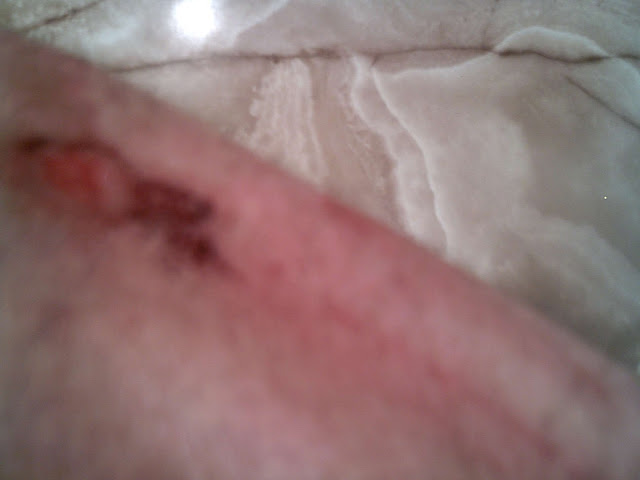 I always have a blue bandana in the bag. I slapped it over my head and I could tell the extent of the bleeding because of how the stiff bandana took to the contour of my bean head. My own towel wrapped around me, I went back to my locker. The room was maybe half full. I sat down, thinking that I probably looked like a Picasso version of Bruce Springsteen. A guy getting dressed next to me went and grabbed some towels and unfolded them and gave them to me. By then I had taken the bandana off. I had just gotten my head shaved on Wednesday, so when I took the bandana off it made a squeegee like sound.

Several guys around me, none worried about the blood. No one took any cell phone shots because, you know, everyone was mostly naked. I was simply unable to get the blood to stop seeping out, and I'm sure it had to do with the whole body pores being open, that's why you are warm in winter after leaving the gym etc. etc. Naked Joe Biden saved the day. The guy does look like Biden, and like a lot of the older men in their sixties who might be used to old-timey bath houses--he walks around the joint naked. Looks at himself in the mirror, takes a piss, wanders around making conversations.

NJB has the solution, one I was closing in on as I had some after shave on me, because I hate the smell of cologne. NJB had the real deal. Aqua Velva Blue. Highest alcohol content of ALL the Aqua Velvas. Slapping it on my head was like lighting gunpowder. It still bled, but not as bad. Another guy gave me his Ohio State cap and I pushed the bandana up into the side and then put the cap on. I left, sat around, letting the sun and the wind do their elemental things. Took the photos above, Secured the cap back on and followed through with the rest of my chores. Went into HOBO to buy a garden hose.
Posted by Wayne Allen Sallee at 4/05/2013 12:22:00 AM 3 comments: