The Monster of Dread End 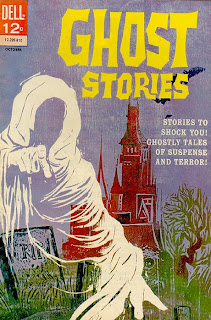 Hey, everyone. It's pretty creepy here, raining very hard and hovering around 35 degrees. I guess this has a kind of karma thing to it, just as my book buying story did, in that, not only was I informed that I was not INSANE, but that there was a place on the Ubernet where I could read scans of the entire story. There's this guy, see, Mike Sterling, in Ventura, CA. Works at a comics shop and posted a book cover of a giant snake in a tree. I commented on how it reminded me of the thing that you'll see if you read the ten page story below. I also knew that the other stories in whatever comic I was thinking of involved a girl from an orphanage whose foster parents kept getting eaten by monsters and a story about a stallion with red eyes. Well, a man named Fechtenberger told me where I could find a scan of this story, from GHOST STORIES#1, and I realized that I had completely forgotten a fourth story, one called "The Werewolf Wasp." I read this comic in the whacked out town of Streator I mention at times, and the Dread End story freaked me the hell out. Mind you, I was maybe ten when I read this. But I was in Streator. And you could be thirty and be scared by reading a copy of TEEN BEAT if you are in Streator. Seriously. The scans are from Scott Shaw's ODDBALL COMICS, the art is by John Stanley. Have fun and comment on the scariest thing you ever read as a kid. Me, I'm going to go watch me a Mitchum. OUT OF THE PAST is perfect for a creepy spring night like this one...Wayne 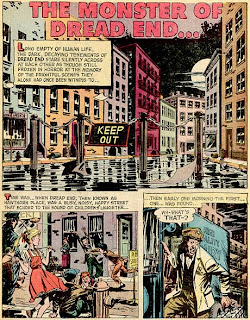 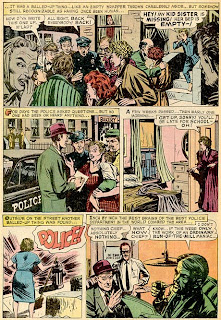 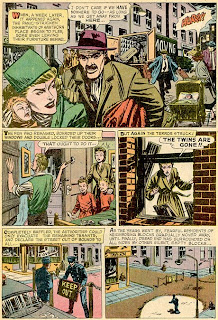 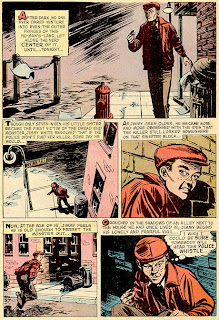 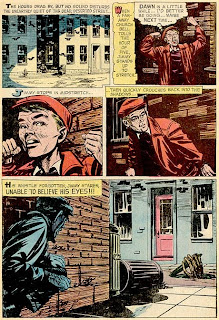 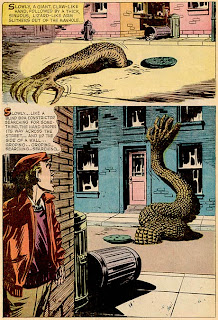 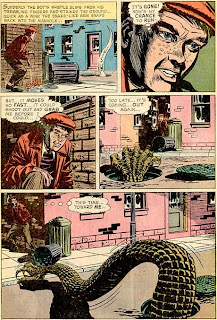 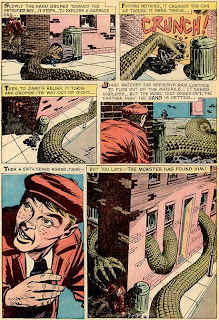 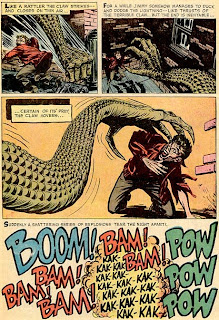 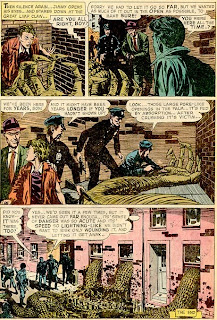