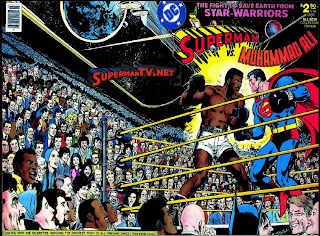 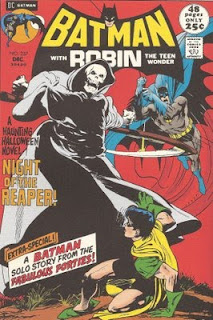 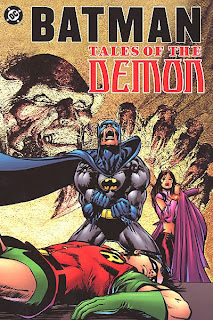 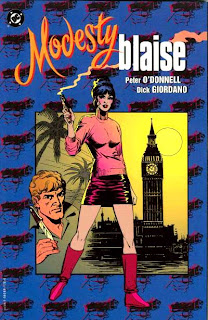 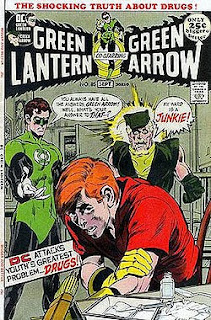 Dick Giordano handled editing chores at DC for years, but often came out of "retirement" to ink everything from Hulk and Captain America to those crazy Charlton comics from the 60s, Blue Beetle and Peacemaker. (It should be noted that the original characters that Alan Moore was going to use in Watchmen were the recently-acquired Charlton characters, so Peacemaker became The Comedian, BB the Night Owl, etc.) Giordano became synonymous in the 70s by working with Denny O'Neil and Neal Adams on Batman and Green Lantern/Green Arrow, books that garnered them numerous awards (this was years before the current Eisner awards that are handed out). DC is actually releasing a new version of the Superman/Ali book, the 25th anniversary coming up. There are an amazing amount of cameos on the cover (Sonny Bono next to Jimmy Carter!), and, in all honesty, the book-length story actually made sense, as much as is possible in the world of comics. Giordano was 78 and died yesterday. Its easy to forget that when I read comics in my teens, the work was being done by men in their thirties and forties, supporting families, paying mortgages. He was one of those guys.
Posted by Wayne Allen Sallee at 3/28/2010 11:09:00 PM 3 comments: