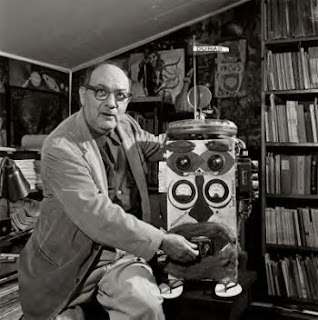 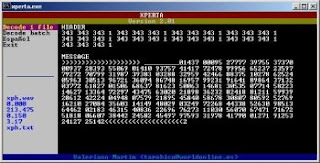 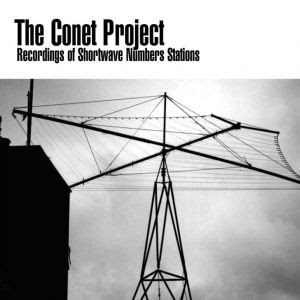 Well, I have been promising a post about Number Stations. The melodrama about my face falling onto a George Pelecanos novel I received from Steve Malley in New Zealand will have to wait. My postings have been erratic of late because of my book project for that publisher in New Delhi. Well, that and reading a crapload of Martian Manhunter comics. Anyways. On the television show LOST, mentioned in the last post because of my niece commenting on how I resemble the character of John Locke--as much as I resemble Colin Mochrie on WHOSE LINE IS IT ANYWAYS?, if you really want to take it that far--there were/are several allusions to a series of numbers and listening posts in the Pacific. I've often gone back to the numbers, as many viewers do, and I've tried to do thought experiments dealing with each individual number as a specific person on the show, like that. My thought experiments are usually directed towards my writings, i.e., the masochistic vampire who is pissed because he can't feel pain, the bulemic zombie, the hentai penguins (don't ask, don't tell), the list goes on. But back to the numbers. I was fascinated by the numbers being broadcast to listening stations and so I looked up rainbow codes, the NATO phonetic alphabet, acrophony codes, and then discovered the Conet Project. You can look this up on the Internet, but I printed out a copy at the plant and had bindery slap it together. There are hundreds of listening posts or "Shortwave Numbers Stations" around the world, but only ONE has been identified by point of origin, it's in the Czech Republic. Random examples: from Romania, 0101001010 POZOR POZOR 986, repeated in a loop. From German: Delta Foxtrot Charlie Drei Seben DFC37 repeat loop. Some numbers stations pick up music, such as a popular Hungarian song in the 60s called "Prisoner of Love." According to the book, one of the newer Numbers Stations (as of 1997) is a Magnetic Fields Station from a suspected CIA location in England or Scotland. It is related to the Hungarian station, and plays on frequencies 11290 and 6645khz. The interval signal is Jeanne Michelle Jarre's "Les Chants Magnetiques." Some numbers stations are used primarily for blocking other stations, i.e., Iran and Iraq being their usual wacky selves. Years ago, Dan Rather was bitch-slapped by a couple of guys who kept asking him what the frequency was and calling him Kenneth. Sounds like a scene out of John Keel's THE MOTHMAN PROPHECIES. And there's my posting. I suspicion that many of those looped transmissions had their posts abandoned at the end of the Cold War, though I'm pretty sure that the wall radio in my bathroom is a direct feed to Donald Rumsfeld's secret hideway in the Amazon rainforest. I drive him nuts by singing "Candy Bars For Elvis" while I brush my teeth at 6 AM just to disrupt his day, particularly when I recite a string of numbers and then say spit, repeat, and continue brushing. Gotta do something to get the day going wghile the coffee is still brewing, am I right?....Wayne
Posted by Wayne Allen Sallee at 5/05/2008 09:14:00 PM 5 comments: