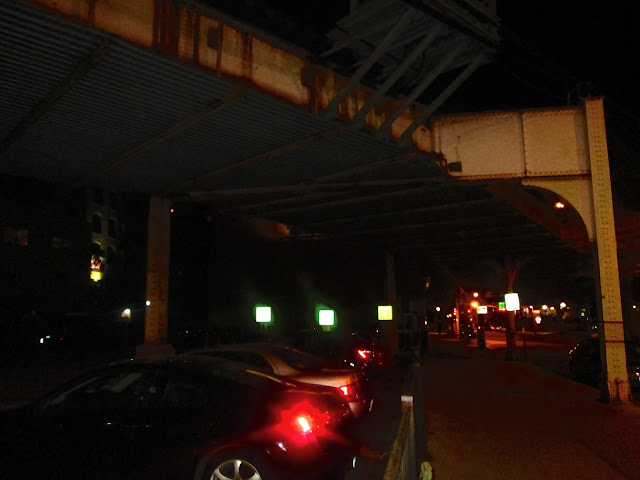 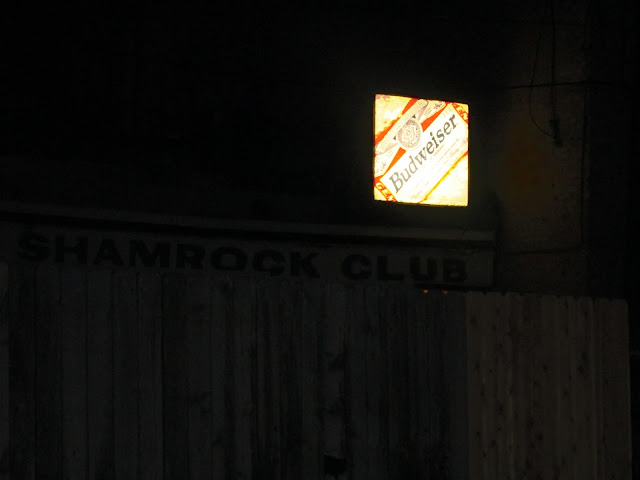 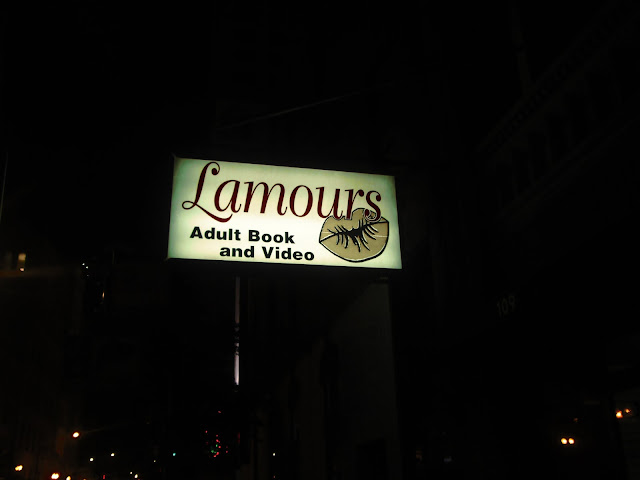 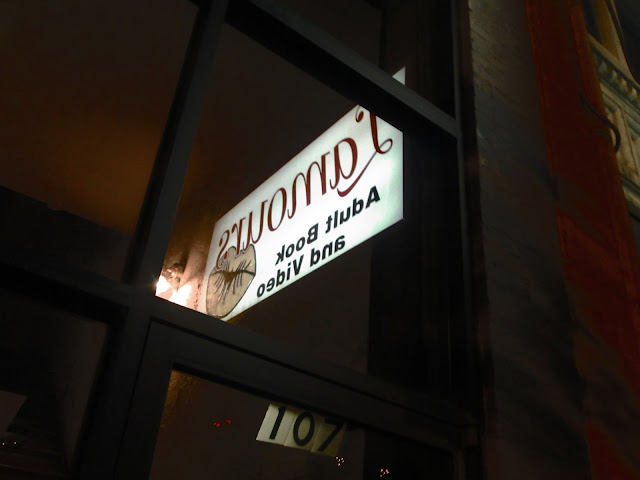 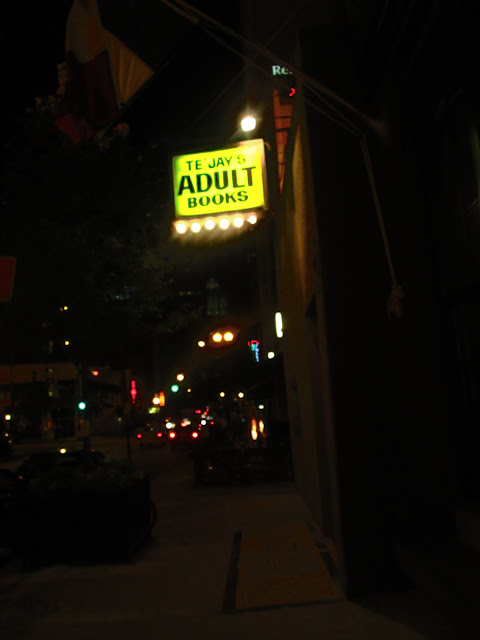 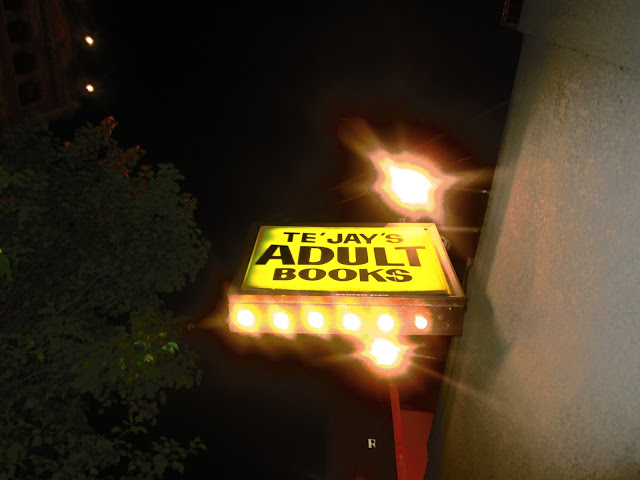 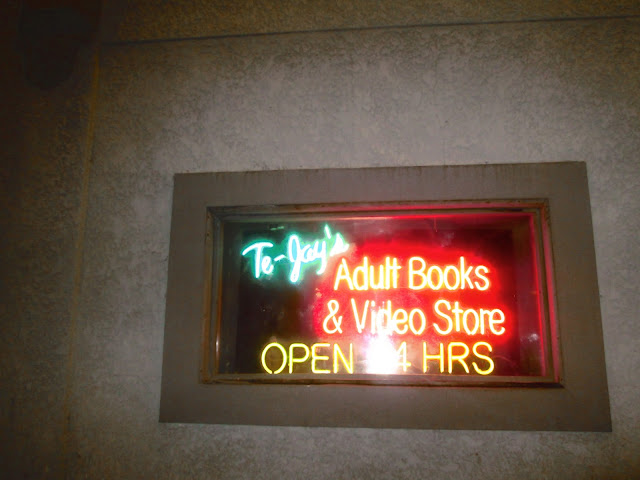 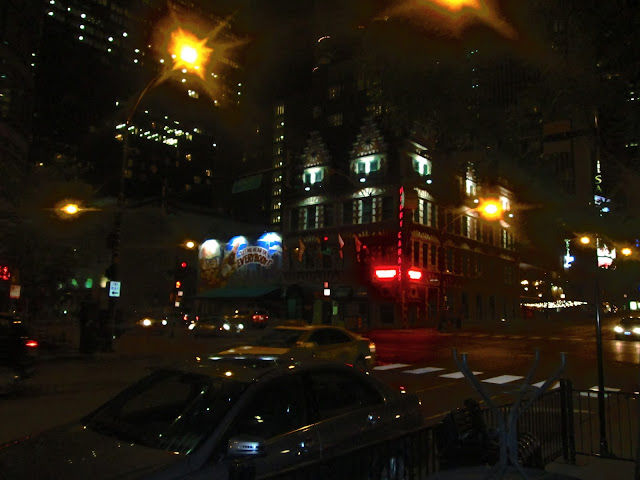 Last Monday I took a different train home, the Brown Line, and departed at the Merchandise Mart stop. Back in the 70s and 80s, when I could hang around downtown half the night because the last bus to within four blocks of my house left at 2 AM. (These days, if it is after 11, I'm screwed.) So here I am walking down Hubbard Street, thinking about how it looked in the way back. ABC Comics, The Nostalgia Shop, at Clark Street, there was Skid Row to the west and gay bars to the east. I bought used textbooks for my stints at UI-C at a used bookstore/christ knows what. Then River North became gentrified, and the block across from the porn joints houses Traffic Court. Here's the thing: maybe under a different name, that yellow Adult Books sign was right there, in that building, at least since 1979. I admit, I watched a film there, the kind you pay a nickel. All I remember is a woman paddling the bare asses of men partly in drag/partly in Nazi uniforms. I didn't have a lot of money back then, so when my nickel ran out, that was it. No idea how the film ended.
Posted by Wayne Allen Sallee at 8/05/2013 01:07:00 AM 1 comment: