I Fought The Law, The Law Won 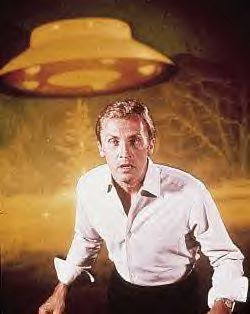 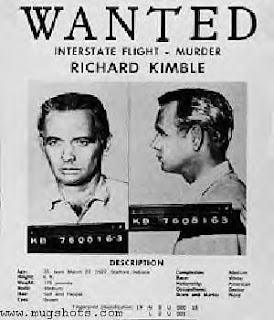 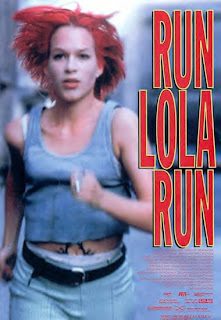 Or the aliens. Or the time warp. Sid posted a comment regarding Roy Thinnes in THE INVADERS, a great show from the 60s--I don't even want to think that this is going back almost half a century--where the dude is on the run from aliens in Bakersfield, California. They have the shape of humans, but bend their little finger in a weird Spock-wannabe movement. Roy Huggins created the show, along with Christian I. Nyby II (one damn cool name there, as a kid I thought it was Christian 1 Nyby 2). It was a follow-up to THE FUGITIVE, starring David Janssen as Dr. Richard Kimble. Forget ANY other version. Janssen was the man, in almost every scene back in a time when there were forty episodes a year, not twenty or piss and moan shows with ensemble casts. Kimble and Lt. Gerard, played by Barry Morse, whose hair made me think he had a matchstick for hair. (In two years, God willin' and if the creeks don't rise, I will have outlived Janssen, who died on Valentine's Day 1980, playing golf in Palm Springs. Heart attack. Me, I want to explode. Not a suicide bomber thing. Just a freak accident in a trans-dimensional attempt at finding an alternate universe where I actually have a girlfriend). But I digress. Kimble brought the one-armed man to justice--well, he killed him on the Mahia Mahia ride at Santa Monica Pier even though it was supposed to be Stafford, Indiana (see, I know my stuff). August 29th, 1967, the day the running stopped. Kimble with hottie Diane Baker, who then appeared in the first episode of THE INVADERS. An odd cycle, symmetry like in RUN, LOLA, RUN with Franke Potente. I posted the last shot for the guys reading the blog, I'm just saying, is all. I wasn't the only one running. Pant, pant, pant. I have Janssen's heart, if I outlive him, as I did Elvis and Karl Edward Wagner, Rod Serling is next on my list. One man's list, which wil take him to a place we can only call...THE TWILIGHT ZONE. Freaky, chain-smoking bastard. (I'm kidding, I'd be hotboxing Pall Malls with him in a second...) Well, time to shut my babbling brain off, see what happens when I can type fast? Your chattel, Wayne
Posted by Wayne Allen Sallee at 4/19/2007 10:08:00 PM 7 comments: