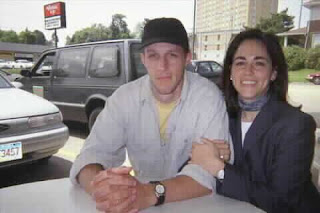 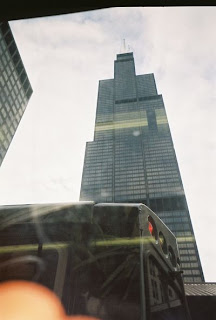 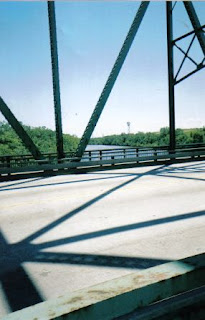 It wasn't until I got home that I heard about the shooting at the Omaha mall. Of course, the asshat killer shot himself at the end. I emailed one of my future pallbearers, Sean Doolittle, to check on things. He was at that same mall a few days ago and his wife, Jessica, has her office nearby. Messed up country, and I really don't know why these guys just don't put a bullet in their head before random sprees. OK, the guy loses his job at McDonalds and his girlfriend broke up with him. He was 20. I'm 48, making ten bucks an hour, haven't had health insurance in three years, the Public Aid people are pretty much having a circle jerk on my repeated application forms. But I'm not going to kill myself, nor anybody else. I had thought about the Cal Sag Bridge as my place to stage my protest, just up the street from the plant, but really, its Alsip. Who'd notice? Besides, two people have been killed in hit and runs within blocks of the bridge. My only other thought would be to go up to the 66th floor of the Sears Tower, where the building tapers off, find a way through the glass, and strap myself in some gaudy outfit--need to be seen, you know?--and scream out "I AM SPARTACUS!" until the news choppers show up. I'll expect them to ask me about my protest, about my need for health care. Too late, I'll find out that the helicopter is from Homeland Security and some guy is leaning out to put another notch on the side of the chopper in red marker. I'll need to think this out more. I'm glad Snake & Bunny are OK (code names in the universe of Jonny Algiers). Oh, Sean has a few books out. I recommend RAIN DOGS. And DIRT. And BURN. And THE CLEAN-UP. Did I mention Dennis Lehane and George Pelecanos gave him cover blurbs? We met in 1992, up at Minn-Con, and he thought I was famous. Oh, the humanity. (Or is it humility?)
y
Posted by Wayne Allen Sallee at 12/05/2007 10:09:00 PM 7 comments: