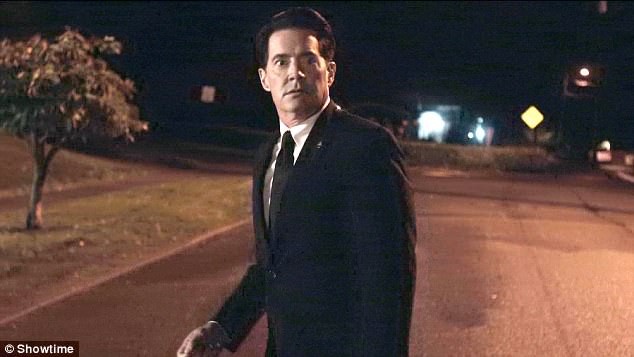 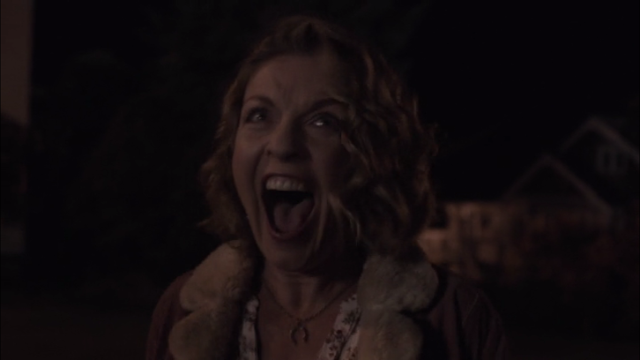 I'm not going to write much here about the finale of TWIN PEAKS. I'm going with what I wrote on Sunday night, the starting point. Which ended up being the film FIRE WALK WITH ME, not the original show. (Which makes sense, since I've mentioned being unfamiliar with the show prior to S3.)

I do believe there are multiple realities. I dream them, and I am often not crippled. So to extend that idea, I also feel as if there are dead timelines. Ghosts walking a certain distance, dancing, snoring on the couch,, all quiet and all repeating everything as if it is a loop of silent film. Not a collapsed timeline, but a dead one.

Laura Palmer screams in FIRE WALK WITH ME. In the finale, Dale Cooper saves her from being murdered, and changes the timeline. I want to call it a now-dead timeline, in the sense that David Lynch and Mark Frost are so cool with ghosts and spirits and David Bowie as a teapot. It would explain the multiple images and blurred images seen throughout the eighteen episodes.

The show ends with Dale Cooper as "Richard" and Laura Palmer as "Carrie Paige". Cooper asks what year it is (are they past the viewing audience's year?), Laura hears her mother, Sarah, saying her name in the darkness of Laura's old bedroom. Palmer/Paige screams and it is the scream we hear from FWWM. That is, Sheryl Lee can still scream pretty damn good. So. My thoughts.

From the point that Cooper changes history in 1989 until 2013 or 2017, the timeline is dead. Not until Laura Palmer screams at the end of 318 does the timeline become alive again.

In reverse. The ghost images at Jackrabbit's Palace, Bing looking for Billy at the R&R and the customers changing position. The scream recreated the timeline, but altered it. All the characters still exist, but some may have different professions, different fates. Different names.

I'm still thinking about that last minute before the credits because I know damn well there are other realities. What year is this? Part of me angry because I am as much in pain as I was when the show and film were aired. My life hasn't changed in that respect. I've aged. So that is what gave me nightmares on Labor Day morning. Awake yet asleep, going to bed at 4AM and waking at exactly 6:45AM. What year is this? At least Laura brought it back with the bookends of her screams.
Posted by Wayne Allen Sallee at 9/05/2017 02:35:00 AM 1 comment: