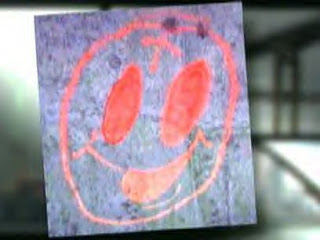 From my May 28th entry for Storytellers Unplugged


Got laid off from my job last week. Just saying, is all. Three years back, I found myself writing all sorts of things I never did before, so watch out for big things this time. A Robert Mitchum superhero comic! A musical based on Abe Vigoda! MooTube! And whatever else I can think of before the meds wear off. I’m leading towards something here, just bear with me. Remember, I’m the guy without the driver’s license, so you have to stroll aimlessly with me for a few paragraphs. One thing that I foresee happening is that, until I’m working full-time again, is that I’ll be on the Internet more often. Christ knows, that’s how people look for jobs these days. The thing I heard most often in the summer of 2005 when I was downtown job hunting was “we don’t take walk-ins.” Not even when I was wearing my cheery Universal Monsters or Dogs Playing Poker ties. I found temp work counting light bulbs and a tiny, blurry part in THE WEATHERMAN on Craigslist, but also found a few writing gigs.

I watched DIARY OF THE DEAD last night because, well, when you are unemployed what’s the first thing you think of besides zombies? The film wasn’t good at all, except in a cheesy PLANET TERROR meets NIGHT OF THE CREEPS kind of way, but I found it interesting to change the use of the camera for documentary from THE BLAIR WITCH PROJECT to–in a lesser extent–filming the zombie “coverup” and putting it online. (Hmmnnn. GrueTube. Thought of it first. Just now.) I think the film was a weak effort capitalizing on the upcoming WORLD WAR Z, based on the book by Max Brooks, which has a very compelling passage involving a computer geek in Japan who spends days online learning and sharing everything about the “African rabies,” and finding more and more of his friends no longer being online.

I’m in a bit of a pickle because of my personal blog, Frankenstein1959. (Not the one with the hentai penguins, that’s a different one). I had been mentioning a high school buddy by name in the Technorati tags–something that always makes me think that’s something on Iron Man’s facial armor–in, well, three entries in over three hundred total entries. His goofball wife (I’m describing her shape, not mentality) has started a business and has somehow made the assumption if people Google her, then her husband, they will see the blog entries and worse yet...the blog. She is applying for grants, you see. I can assume how heartless it must be to read of a friend visiting me in the hospital after the car accident: GRANT DENIED! It didn’t take long to adjust my blog, but I feel as if I’ve erased my decades long friendship along with the Technorati tags.

Evil Happy Smiley Face Man. Anyone been reading about this? A retired New York cop made a connection in 40 unsolved deaths, all college men, all drowned, in 12 states going back a decade. One of the deaths occurred here, and proves as an example why murder was never suspected. A guy from the wedding party at a hotel downtown went walking off a little bit drunk and was last seen by the hotel doorman. His body washed up on a beach near Michigan City almost four months later. Many of the drownings are clustered around Eau Claire, Wisconsin, and the cop who has been in the news had been investigating an Albany college kid who disappeared after a Hallowe’en party in Minneapolis. Tracing the bodies to the probable point they had entered the water–the guy from the wedding here was assumed to have simply toppled over a railing into the Chicago River and the currents did the rest–police found smiley faces carved in tree trunks, spray-painted on glass or brick, and chalked on boulders. In some cases, words assumed to be gang slogans were found nearby. The break occurred when the Albany copy found that a word scrawled near where the body was found in the Mississippi matched the street name that ran along a small creek in Iowa where another body was found. All of the deaths are still considered drownings, not homicides, but police are putting together a theory on how the crimes are being committed. Via the Internet. They are putting credence into the idea that there is a group of people orchestrating each death by staying in touch before and after each death. Posting code words like Sixth Street or photos of their smiley face postings. I can see the Craiglist classifieds in seemingly innocent verbiage. A perfect way to commit serial murder, if you think about it. Never mind the evil twin from the Michael Slade novel, the competing killers in KISS THE GIRLS, or the cousins who combined were The Hillside Strangler in Los Angeles. Hell, I even wrote a novella called DRINKING BUDDIES back in the day, about two serial killers who would periodically meet over beers and play catch-up. The tag was that there was a third guy in the bar, a serial killer who killed other serial killers, long before DEXTER showed up, but let’s face facts. Much of what I wrote in the 1980s could not be considered stellar material. But with the access I have in front of me to different newsgroups and message boards, why would I need to go to a tavern to compare notes with Every Mother’s Son or the BTK Strangler? I find the entire Evil Happy Smiley Face case fascinating, and not in a morbid way. As I’m typing this now, someone in another state bordering the Mississippi or Ohio is reading about upcoming parties or weddings and his buddies are doing the same. Who knows how many are involved here, in the event of any single person being caught, odds are most of his interstate accomplices are simply faceless avatars on a computer screen. Murder has just gotten more anonymous.
Posted by Wayne Allen Sallee at 5/27/2008 11:09:00 PM 5 comments: