The Candy-Coated Clown They Call The Sandman... 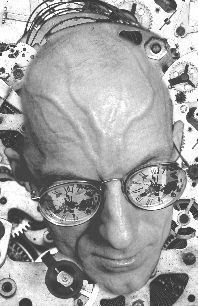 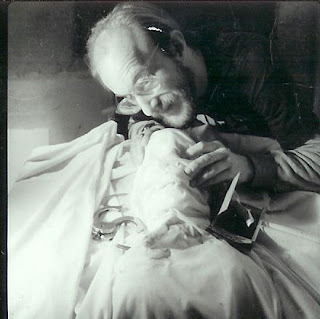 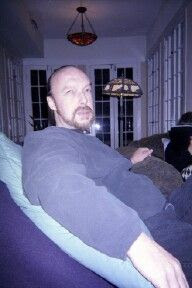 Martel Sardina drove all the way out here to the seventh level of Hell--accessible only by the Tri-State Tollway--to interview for DARK SCRIBE magazine, mostly about John Wayne Gacy and my current projects. That's not the clown I'm talking about, though. As I told Martel, I have this somewhat condensed diorama of Chicago in my dreamtime, el tracks that always turn in different directions to stations with different names, an archway in mist on a rise above and outdoor market just past the Halsted Street bridge at Archer. I forgot to tell her about a specific area towards Sheridan Avenue that has different angled streets that somehow entangle themselves so there are several intersections involving the same streets, always with the same buildings, none I can cull from my memories. Last night I dreamt of the pinkish-red funhouse again, I'm assuming because I read the LA Weekly article on Philip K. Dick at 2 in the morning. HE Fassl was in the dream because I fwd the article to him, that much I know for certain. I get off a train and am at the far end of the opposite side of the street. There are seven three-flats, all grey and quiet. This never changes, and it was daylight in only one dream that I ever had, more like dusk. The sky is aqua, at the end of the block, taking up two lots, is a two story building with lights and lanterns outside, the stone sides of the building going from pink to blood red and back. It might even look like a layered cake, in a weird way. I always go inside the building in my dreams, and sometimes I sleep long enough to actually leave the building, several times from a fires escape on the roof. Most times I am shocked awake by funhouse mirrors or leering faces, there is great depth to the hallways, and I was dreaming of this place long before any Rob Zombie films. The only anchor to reality in this recurrence of the pink-red building was that, early this morning, I was happy to see Harry Fassl, though he seemed hurried and pressed $40.00 into my palm and left. I woke up at 7 AM sweating, as I always do because of these front-loaded monstrosity dreams. I do not know the name of this building because I have never walked to the cross street to see the other angle of the building. I suppose the true terror would be that if I did, I'd see an empty lot like in the westerns filmed in Old Tucson. That would mean that the mirrors and the ghouls were someplace else my brain was visiting but trying to give me a happier exterior. I write this with melancholy because these dreams wipe me out, but I also feel nostalgic because I haven't visited this place since last century. Again, I chalk it up to Phil Dick, because our I am running parallel paths to his roads of insanities. That's Harry at the bottom, at Jeff Osier and Cathy Van Patten's home, the night before we invaded Afghanistan. The middle photo is of me goofing on a set photo HEF was using for another story and the top one is my head as a prop for a story called "Wilson's Ghosts," by an author whose name escapes me. Maybe I'm going on and on in this post so I can get the dream out of my system. Stupid candy colored laughing house...Wayne
Posted by Wayne Allen Sallee at 9/16/2007 09:37:00 PM 3 comments: