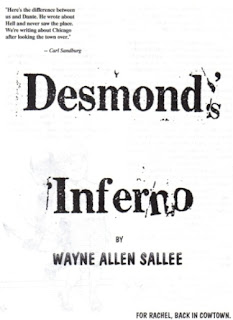 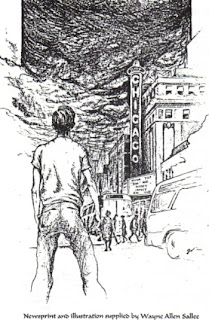 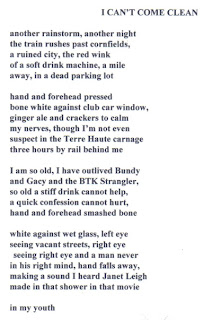 Long before I wrote fiction, I scribbled poetry back when Anwar Sadat was alive and my college profs thought my poem about "Sweet Soldiers of Nicaragua" was the cat's pajamas. Then I realized I could string my images together and make a story. I wrote poetry off and on over the following years, not as much of late. I would write a story or event regarding Katrina than I would try and write a poem the way people do after a great loss of life (and a failing of government). I've been retyping some of my older poetry from various notebooks, trying to get them all in one place at one time, including the biggest thing I ever wrote, the title you see above, the illustration by Joe Vajarsky. As I've been typing this in segments (the damn word counts exceeds several of my stories), I've retyped much shorter poems. I've attached one here, I had it stuffed in a folder and have never sent it anywhere. From my handwritten notes on the back of the sheet, I wrote it on September 3rd 2001. Very soon, I'll be back visiting Dante, avoiding Desmond like the plague...Wayne
Posted by Wayne Allen Sallee at 9/01/2007 10:16:00 PM 4 comments: