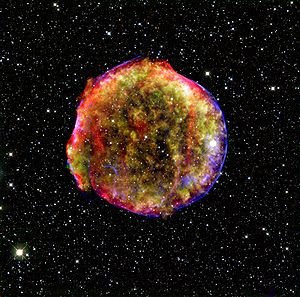 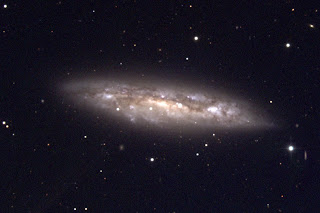 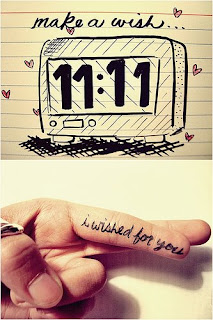 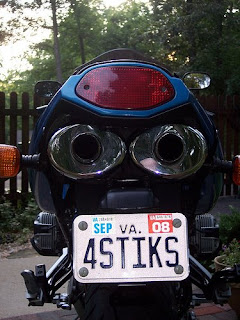 Its that time again. Starts this way, I'm looking at Astronomy Photo Of the Day (APOD), and there's that top photo, the remnant of the Supernova of 1572 (which at one point had the luminosity of 200 full moons), and then it mentioned Tycho Brahe and his diary, I linked to that, and damn it all, first freaking sentence he writes mentions that he first saw the bright star on November 11th 1572. I mention that to Astronomer Louis and he pops back the the galaxy M 108 has a right ascenion of 11 hours and a declination of 11 minutes as of today, the spring equinox. It is a never ending hell. I googled more images, like last year when I found out that Black Label used to put out a malt called 11-11. This time out I typed in Eleven Eleven and then Four Sticks, the latter giving me the cycle license plate meant to drive Charles crazy, some crazy art exhibit in Calgary, and (though I have not posted an image), a California magazine called Eleven Eleven and I fully intend to mail (yes, you heard me, they accept only stories sent USPS so they must be Puritans!!!)I'll let you know how that goes. If I'm accepted, certainly that is my death knell. Well, by causing the Four Sticks curse on Louis he at least can find crazy astronomy lingo that shows 1111. I am think that perhaps what is needed is a Four Sticks constellation, but I suppose anybody can do that by looking at Gemini and shaking their head back and forth.
Posted by Wayne Allen Sallee at 3/21/2009 12:08:00 AM 4 comments: