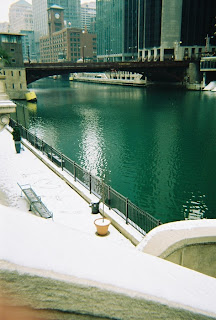 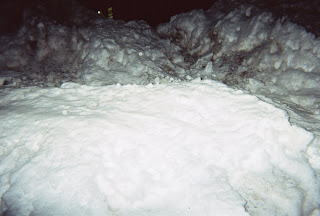 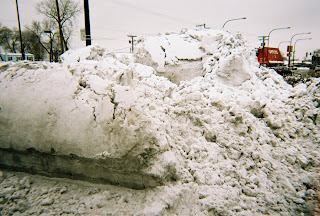 After having lunch with Greg, I took this shot of the river, just for the angles and the color. We had snow then, and we've had more since. These photos were from last week. That crap melted, more or less. Then over the last three nights, we have had wet snow come down, Tuesday I actually stopped shoveling when I got those chest pings again. Not really annoying snow, it tends to melt some during the day, so its not really accumulating. What is annoying? It's starting to snow right now, and this is the same system that was over Western New York State earlier Thursday morning. Go figure.
Posted by Wayne Allen Sallee at 2/26/2010 12:05:00 AM

Snow covers up a lot of bodies.

I now realize that I would quickly hate snow if I had to deal with as much of it as you guys. It's no wonder that I work with so many letter carriers who transferred down here from northern states (including Illinois).