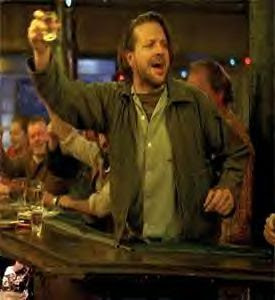 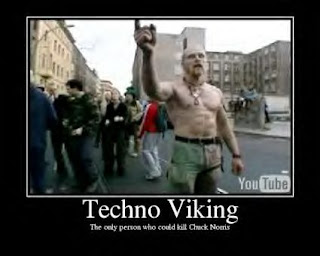 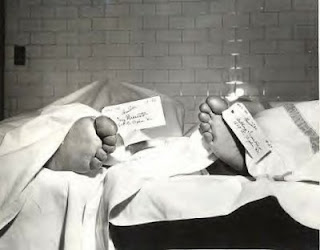 ...Henry Chinanski got into a fight with Techno Viking in the alley behind The Orbit Room and they both died of liver failure at the exact same moment, 11:11 PM. They now lie next to each other at Cook County Morgue. In lieu of flowers, please send Wild Irish Rose and Aqua Velva boilermakers...Wayne
Posted by Wayne Allen Sallee at 6/11/2008 10:36:00 PM

I got a bottle of my grandfather's moonshine here circa 1973 unopened, a bottle of Mogen David, vintage October 1999, and a half bottle of Gordon's gin cap missing. There's also a signed photo of Zoisha Luffinski, former Polka Queen of Eddie Korosa's BabyDoll Polka Club. Will any of those do? There may also be a bottle of Avon's '39 Packard cologne partially evaporated. Just tell me where to send them.

Probably you and me at some future date.
Let's not think about why.
HEF

"The trunk of the car looked like a mobile police narcotics lab. We had two bags of grass, 75 pellets of mescaline, five sheets of high-powered blotter acid, a saltshaker half-full of cocaine. . . and also a quart of tequila, a quart of rum, a case of Budweiser, a pint of raw ether and two dozen amyls."

"The only thing that really worried me was the ether. There is nothing in the world more helpless and irresponsible and depraved than a man in the depths of an ether binge. And I knew we'd get into that rotten stuff pretty soon."