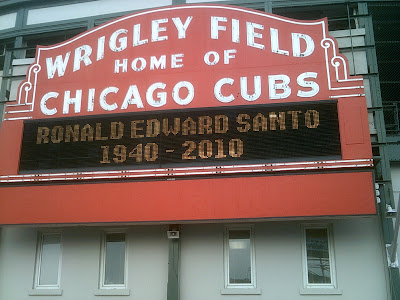 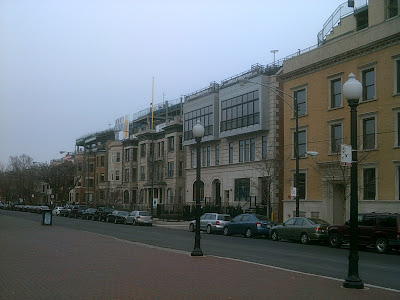 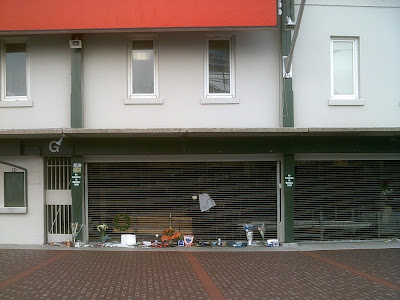 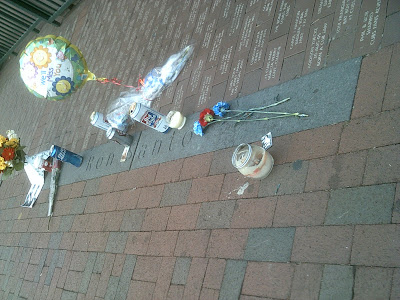 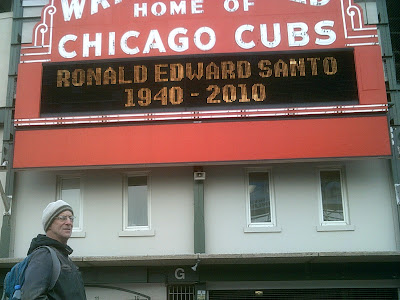 Ron Santo died Thursday night from bladder cancer. He had both his legs amputated from diabetes, and he had been the radio announcer for the last 25 years. The first memories I have of the Cubs are of Ernie Banks, Billy Williams, and Santo playing third. I also recall a time when Santo tried to steal third while Williams was still standing on it. So there's that. But he did hit over 300 home runs in his career, and I was somewhat mollified when I saw footage of his 300th and the year 1971 popping up on the screen. The bad weather hit last night, so I headed up to Wrigley around noon and futzed around the neighborhood, taking photos of ghost signs and apartment buildings on Sheffield, with rooftop bleachers that were placed there after the first night games in 1988. The best part of my trip? Where else but here could you see a makeshift tribute filled with cans of Old Style and Miller Lite?
Posted by Wayne Allen Sallee at 12/04/2010 10:29:00 PM

His voice, a touchstone to the past now. A nice tribute.

What a great life, despite the late-inning suffering. 300 home runs. Damn!!! Puts him up there with the best of the best, it does.