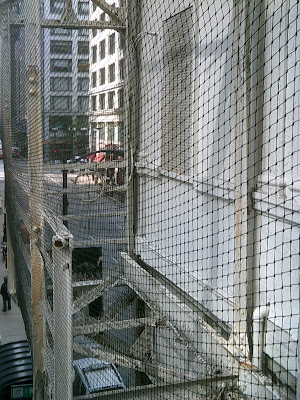 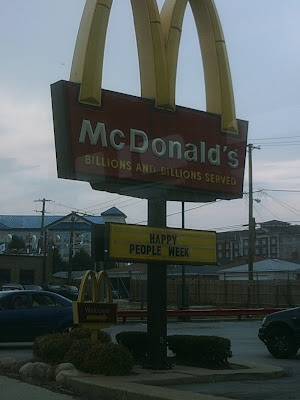 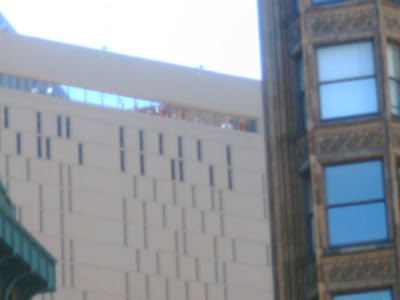 Those are prisoners in orange and white taunting whoever is looking at them. This is where they held the Unabomber after he was captured (his first bomb, at the University of Illinois, gave Chicago priority).
Posted by Wayne Allen Sallee at 10/02/2010 12:33:00 AM

Looks almost exactly like the one in New Orleans.

Why would prisoners taunt the free folk? Shouldn't it be the other way 'round?

There used to be a medium security prison near my in-law's place. Surrounded by razor wire and 20-foot chain link. The worst of the worst weren't there, but some pretty nasty customers were residents. It held about 100 prisoners, so it wasn't a huge place. At any rate, some of the local girls would ride by the prison when the guys were in the yards next to the road and they'd flesh their tits at them and taunt them for being captured losers.

There were a number or escapes there over the years. But the place is gone, now, torn down. The only thing left the last time I saw it were some sections of fence topped by razor wire and the remnants of a solar-powered water system.