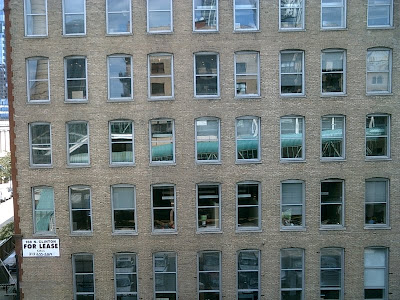 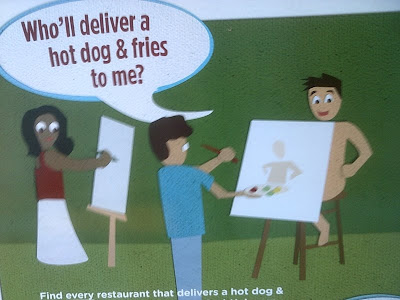 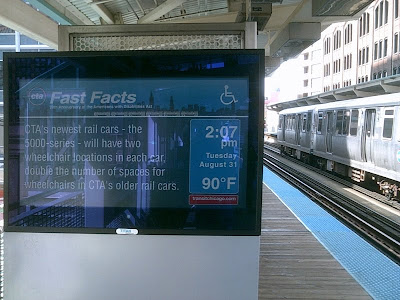 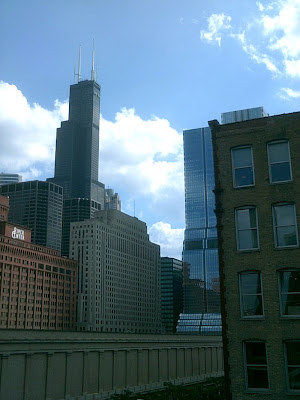 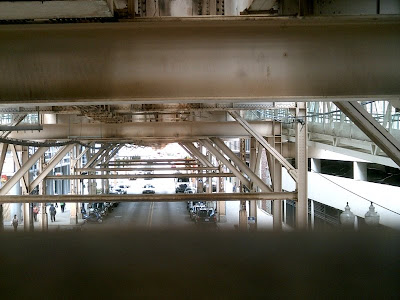 This is where the new RTA HQ is, and I had to go there to get my handicap pass replaced. Once again, I shall say that I am not racist in any way. And yet, aside from a Jewish man in a suit who had his wallet stolen, and was taken care of as quickly as I was when it was his turn, the rest of the ethnics in the room were straight off of a Jerry Springer episode. One guy yabbered on about needing his CTA Smartcard, which was in the mail, to be issued to him then and there because he was being evicted from the hotel they had mailed it to. This is where al;l the gentrification kicks in, mixing with the small industry. If I were on the Blue Line train and got off at Clinton, I would be a block away from the Greyhound terminal. I'm still thinking of going west from Clinton at street level, further west you'll see meatpacking and seafood plants. Nothing smells new, and rightfully so.
Posted by Wayne Allen Sallee at 9/14/2010 01:00:00 AM

Every once in a while you see some walking cliches.

It's poverty combined with ignorance. I see it all the time. If those same folk had been raised with some measure of support and wealth and hope they would be completely different.

When I lived in the mountains of northern Georgia, you'd have thought almost all white people were monstrous retards incapable of achieving anything beyond a low level of mayhem. But those folk were all uneducated, dirt poor, and completely without hope.

Oh. Let's lease that building a start a writers' residence. Maybe we can get the government to fund it.