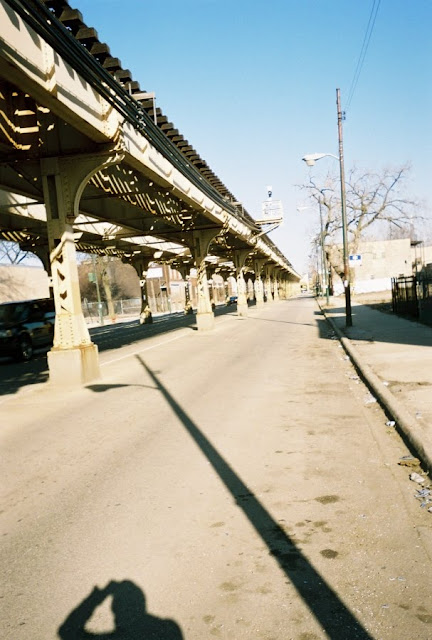 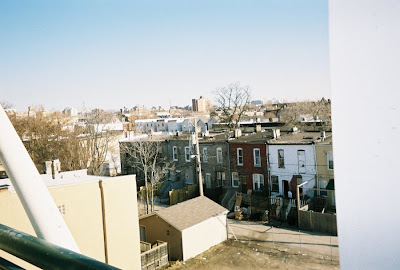 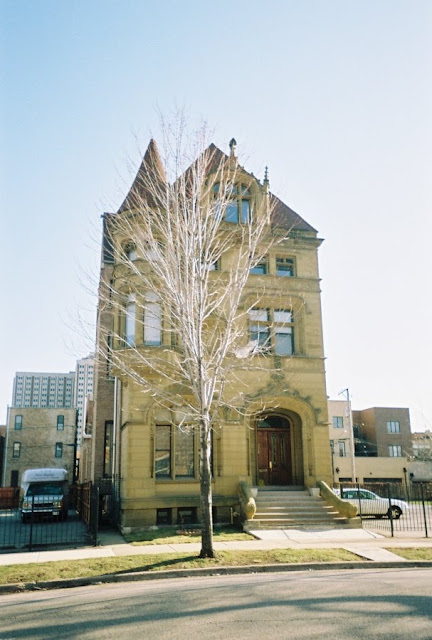 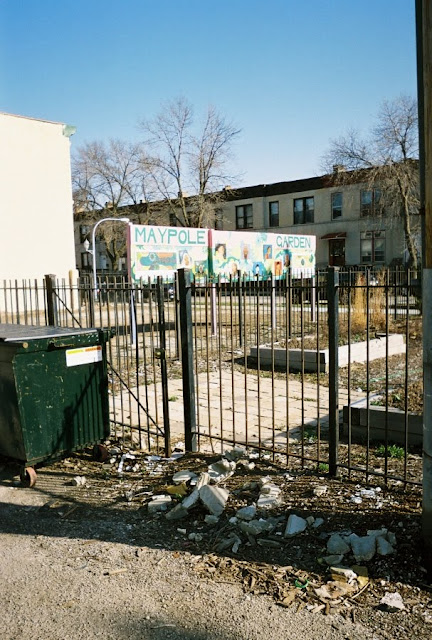 Maypole roughly parallels Lake Street, and I first knew of the street after Frankie Machine went running from the cops at the end of Nelson Algren's The Man with The Golden Arm. The hipster shit isn't this far west yet, though within a few blocks there's the newer housing built around United Center. But there's still a wedge of squalor right off of Ashland Avenue. Poverty is rough on the eyes, but it is still more realistic than the bullshit real estate projects that will soon enough force the people who live here far away.
Posted by Wayne Allen Sallee at 4/13/2010 11:33:00 PM

SOmething always leaps out at me about the overpasses. The landscapes beneath, with no plants and various trash. It says something to me about civilization.

That building third from the top...is that a house? Or an office building? Man, it's gorgeous!