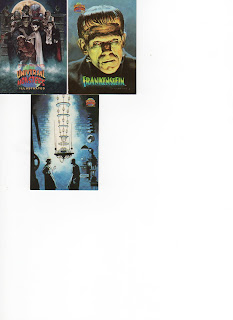 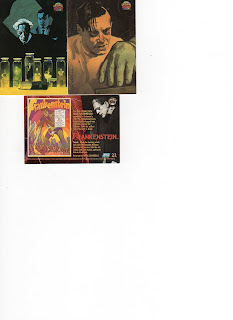 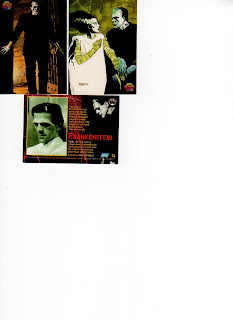 I gave it some thought and realized that there are blogs that are labelled Friday Night Fights, Haikuesday, and even Half-Naked Thursday, so I can now claim Monday and thus be able to do multiple posts that run through the entire set.

First though, comments. True, Capcom, the IBM asshats belong right up there with AIG and the rest. There are just too many to count. Re: the cemetery, the actual count now is 100,000 graves and a fake shrine to Emmett till; his actual casket had possums living in it. Hemlockman, the article ran on CNN back in May and there are several YouTubes online. Never heard of a NJ guy getting knifed, but I suspect Google might know. Mark Millar writes KICK-ASS, which is a ripoff of his own comic WANTED (changed very much for the film), and the list leads back to AVENGERS stories he wrote in the late 90s. He and Jeph Loeb seem to have three ideas between them and they use them again and again, only for different comic companies. Enjoy the book, certainly, but I'd start reading another Scottish writer, Grant Morrison, if I were you. Millar gets old real fast. Anyhow.

I've kept the cards out and hopefully will describe them accordingly. There are 108 in the complete set, I have maybe 90. I'm skipping Dracula for my favorite monster and the guy I see in the mirror every morning when I say "It's showtime!" The first card is the set-up, though it behooves me why THIS ISLAND EARTH and THE INCREDIBLE SHRINKING MAN are included. The line-up aside from those two, Wolfman, The Monster, His Mate, Dracula, Invisible Man, The Mummy, and Gill-Man. Art by Hugh Fleming.Each set starts off with the main man, and each set is illustrated by two artists, in this case Mike Mignola, who is well-known for creating HELLBOY, an Mark Chiarello, now Art Director at DC, but, to me, one of the finest artists around. I'm sure you can see the difference. The back of each card gives you a virtual bathtub full of trivia, important facts, and even more art. Look close and see the illustration that shows Bela Lugosi as the Monster, before he was sent off to being a vampire and a morphine addict for the next twenty-five years. (Sometimes, it is hard to believe that FRANKENSTEIN was made almost EIGHTY years ago.) There's Boris Karloff getting his hair done and looking a bit like Ted Danson. There are 26 cards to each monster, and a few of the backs have illustrations by Basil Gogos, the cover artist on FAMOUS MONSTERS OF FILMLAND. So there you go, come back next Monday for Dracula...
Posted by Wayne Allen Sallee at 7/13/2009 10:35:00 PM

You know...you're right. Ted Danson does resemble Boris Karloff. I'm surprised no one's ever mentioned it!

I didn't know Millar was Scottish.

I was surprised, in reading the interview with Grant Morrison conducted by Clive Barker that, not only is Morrison permanently relocating to Los Angeles from Scotland, but that he mentioned he and his family had "no friends" in Scotland. And I'd read another, earlier interview with him about how he was living this idyllic existence in a Scottish castle on a lake somewhere and seemed to be very happy just writing comics and making lots of money.

I guess "lots of money" is relative when it comes to Hollywood.

Well, KICK-ASS is my first exposure to Millar's work. I suppose I've only just seen one of his three storylines. At least that's better than John Byrne who only had one--variations of villains using mind-control to possess the heroes.

When you read Frankenstein its hard to believe it was written back a couple of centuries ago. It's theme is still very modern.

Mondays are gonna be sweet.
:-) I love the artwork style of the Mr. and Mrs. Frankie card.

Just heard on the radio that Michelle Obama's father (or grandfather?) might have been moved in that cemetary-merry-go-round as well. Sorry if someone already posted that, I can't see it if it's not up here yet.

Hey, those mutants from This Island Earth were pretty creepy looking back then. I sure wouldn't want to be stuck in a magnetic stasis tube about to be opened with one of those things waiting right outside for me (even though I could out-run it by a mile as long as I didn't stupidly trip on the step like a girl!). :o) Yeah, the Shrinking Man was too cute to be a monster, heheh.

My mission today-- to somehow work the word 'Haikuesday' into conversation.