Retain Thy Indignant Eye and Stand With The Accused 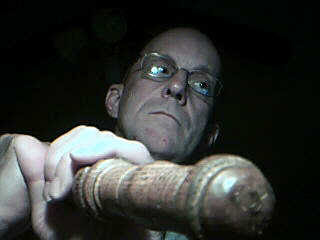 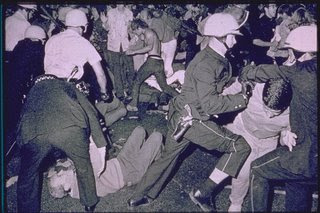 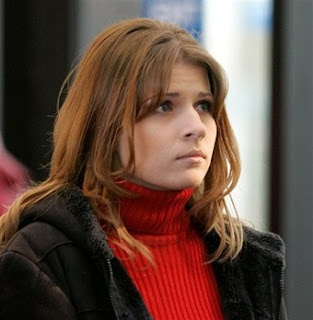 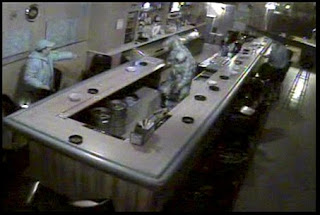 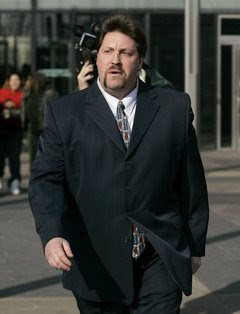 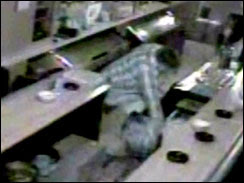 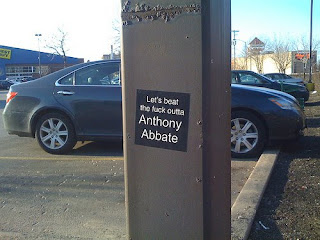 Tonight there is a reunion of the cops who were part of the Dem Convention in 1968, 41 years ago this weekend. There are people outside protesting their peaceful dinner. Judging the cops from then with the cops from now. My father got a double hernia and then a blood clot in his right leg thanks to one of the 1968 protesters, and regardless of how that scene went down as a whole, what you had was a bunch of hippies high on angel dust and weed pissed off at cop and throwing bricks through windows because they maybe had a collective dream where Jim Morrison's giant talking penis tells them to inflict anarchy. It wasn't Kent State, nor was it Rodney King. It was two large groups of people, each equally filled with unease on a hot summer night.

And nowww...we have cops like Anthony Abbate, who deserves his own meme so that we could all put Anthony Abbate Is A Cock-Knocking Piece of Human Shit. Its these cops of today that further cloud the memories of those who want to think the cops of 1968 were truly evil. On March 11th, 2009, this giant dick of a man beat Karolina Obrycka repeatedly after she refused to serve him more beer. Well, in true Chicago fashion, Anthony Abbate, the fucking asswipe that he is, received two years probation. The judge based her decision on the fact that the bartender, who is 5'6", touched Abbatte first and therefore the big cowardly fuck thought that beating on her for 117 seconds was self-defense. This city is as corrupt as fictional Gotham, the Abbate verdict the last real nail in our coffin. I loved the idea of Joker as anarchist in The Dark Knight, because I'd really like to take my dad's old nightstick from 1968 and break every bone is his ugly face. Then shove his balls up his ass. Forget mock tea parties, we need vigilantism.

It's my 600th post, not counting the 121 posts from my first blog, Meanwhile...At Stately Wayne Manor. My buddy Chris, now in Anchorage, sent me an email yesterday, which, in part, read: "...the Chicago of my youth is asleep. Maybe it will rot out like Detroit did and become Nelson's Algren's sandbox again. Perhaps." The blog entry's name is one of my favorite lines of Algren's. Another one comes to mind, but I'm putting it down here, in light of how Abatte beat the Polish girl a foot shorter than him, it's from CHICAGO: A CITY ON THE MAKE. "Loving Chicago is like loving a woman with a broken nose." No truer words have ever been written.
Posted by Wayne Allen Sallee at 6/26/2009 11:32:00 PM

Two bits of interesting news from the New Orleans corruption patrol. These were on the news on the same day.

2. The police are asking for an increase in their funding to hire more police. They want more police for high crime areas.

Does that mean they'll start patrolling their own feffing evidence locker?

Nothing like a riot to pound your point into innocent peoples' brains, right? :-(

On another note, the top pic of you looks like you are asking if we would like some fresh pepper on our salad. Yes garcon, don't mind if I do.

I went through my own angry-at-the-cops period. Lasted for years. I could go into it, but it was generated by being dirt poor and constantly being pulled over because, well...I was poor.

Fast forward a number of years. I was over the anger part, but still had some simmering ill will toward the PO-lice. Then I started working in high crime neighborhoods. Yeah, I was in these places for four to five hours a day. But not in confrontation with the citizens there. Just passing through. In fact, many of them were happy to see me--I brought the welfare checks and child support checks. However, the cops were there, often in confrontational situations--enforcing the law and trying to actually serve and protect. Every minute of every day they had to go toe to toe with the worst of the worst. I suddenly realized what that kind of stress must be like. They don't pay those guys enough.

That bad cop...Abbate or whatever his name is...yeah, I'm surprised no one's punched some holes in that guy to let out the blood.

Abbate's another school bully gone to seed; 40 years of "boys will be boys" in his upbringing from parents and school principals, and the badge a license to push people around. The tape showed him punching a customer and throwing another to the floor before the barmaid got in his face.

Curious about the background of the Judge, John Fleming, but can't find much beyond his being elected in '96 and may lose his next election. I'm what you'd call a "mildly" informed voter, and have no idea who to vote for or against in the judge seats here in Michigan, unless the incumbents did something so outrageous as being caught with a dead girl or a live boy.