Answers On A Postcard 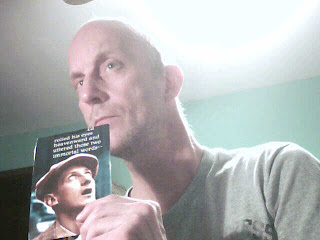 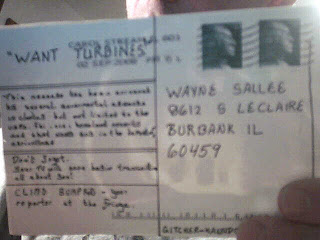 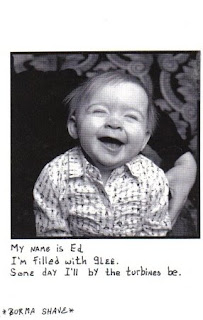 First, the Playing Card Man. All good titles for the story, Steve, I thought of Travis McGee's boat, THE BUSTED FLUSH. Bob, he couldn't use the deck correctly because the cards were already on the tracks, each train blowing a few on the platform. Funny the train only blew red cards, I have an idea about how the story will go, thx, Bob. Horatio, like your thoughts, I'll use all three in the story, because that's what I do. Onward.

This is the last postcard I received from Harry, postmarked October 2nd. Those damn turbines. Years ago, I read a Starman comic and in the heat of battle someone asked Jack Knight who they were fighting and all he could say was "Answers on a postcard." I assume it might mean that the answer is short enough to put on a postcard, past that, I really do not know. I'll have photos soon, when they get developed, of Harry's photo lab and billboards. A photo of Sean Doolittle a decade past in the corner, me as the enigmatic Mister 1934 from a Woolworth's photo booth. His dad, now 80, Edgar Allen Poe. Odd little things filling the margins. And on a shelf, rubberbanded (new word, guys, use it), a stack of postcards going back to 1995. I would assume they were in order, because I could recall the Captain America postcard as one I bought at Chicago Comics in September, I think I sent Bob a Ditko Spider-Man that same day. A load of free postcards they'd have in slots at the Red Lion, for bands or hair products. One was in green ink, which baffled me, I don't recall ever using a green ink pen. Harry's last words on the postcard, Climo Bumpkid, your reporter on the fringe...
Posted by Wayne Allen Sallee at 12/23/2008 04:20:00 PM

That little kid is about as cute as they make 'em.

Yep, I have that Ditko Spidey card. It's on the refrigerator door.

Ah, THE BUSTED FLUSH. John D. MacDonald was one of those writers whose work depended on him being alive. What I mean is, that he had a kind of personality cult that faded when he died. No one seems to read his books at all, these days. And his books were freaking EVERYWHERE when he was still breathing. The thing is...the stuff holds up well. I can pick up one of his novels and they're as readable now as when they first appeared--even the material from the '60s.