Redemption In The Streets Of Night 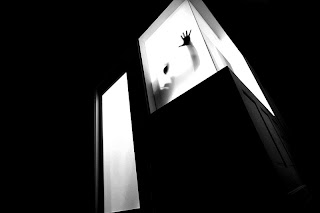 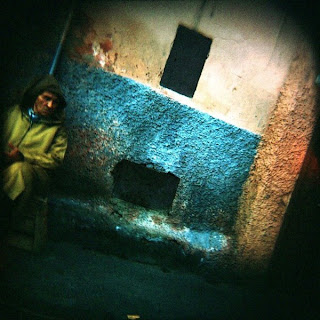 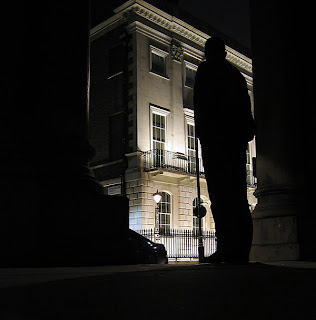 First, regarding "Spirit In The Sky," its not about the lyrics. Read the book as those first chords play, by the time the clapping starts, its the Painkiller's footsteps. When we both have the time, I'm going to get Greg Loudon to do a series of subway photos of me that we can blur together. And if anyone watched that Norman Greenbaum video, its like watching the beginning of H. R. PUFNSTUF after having a pint of Haagen Daz with another melted pint poured on top of the first one. Anyways. About redemption:

Last night I dreamt of the other Chicago again. The last time I posted about this strange version of my city, Rich Chwedyk (yes, THAT Rich Chwedyk, the Nebula winner) told me of his other-Chicago, with two separate skylines, yet just as clear as mine is. This time around, I was again in the office with dark blue carpeting and silver chairs and desks. The top of this building (which I've seen from another, taller building) has a roof that curves up and around, like the entire rooftop is a heating vent. Don't ask me why I know what is in one building when see it from another vantage point. I just know. Whereas most of my dreams are in that weird monotone where the background looks like gunmetal, and now you see a that a lot on television shows like HEROES, to me I always call that light the false dawn, in these downtown dreams it is the dead of night, I'm alone (I mean, no one is in the buildings or rooms), and some shit is gonna go down. At street level there are demonstrations, or possibly there are armies looking for people, maybe me. I've been at ground level outside the taller building I mentioned, there is (quite inexplicably) a broken chain link fence that hangs like a drape between that and another, squat building. In other dreams going back decades, I have plotted out this city palmisest well enough to give me screaming headaches at 4:45 AM. I'm not certain why I was in that room with the blue carpeting again, its not from a real experience and its NOT a spaceship, I last was in that room about a year ago. My belief is that is that this is where I go after I die, or if I am dead already, that is the next level, I keep going through different versions of Chicago, somehow redeeming myself to move on each time. I don't think I found what I was searching for because I woke up pissed off and with a very high heart rate. So I'm at least shut of that for awhile. Regardless of where I am, who I see, if its the black marble hotel shaped like a cone or the flooded streets with marionettes and yellow balloons dragging in sewage and a damn loudspeaker just far enough away that I cannot hear the words, it is always about redemption. The best way I can ever explain it. There is a reason I am there, one night I'll be close enough to that loudspeaker to hear what is expected of me, so I can do it and move on.
Posted by Wayne Allen Sallee at 11/15/2008 10:37:00 PM

Nice impressions. I am always fascinated and held captive by the way you see Chicago (and your life in it). You are Chicago's literary equivalent of Stupefyin' Jones.

If I believed in a god (which I don't), I would like to know where She sends us when It's all over.

Sometimes I fantasize (how appropriate!) about this. Such silly pondering has led me to many a story, but never to any metaphysical conclusions (since I don't believe in the metaphysical).

My next novel, however, may certainly be based on a truly neat concept brewed during such mental meanderings.

In a weird connect, this reminded me somewhat of some of the scenery in BLade Runner, which I watched again last night.