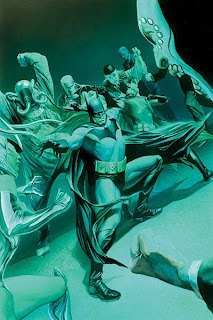 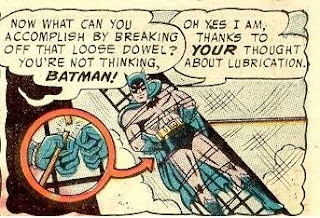 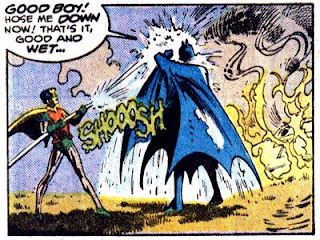 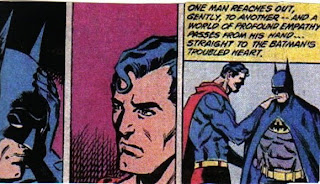 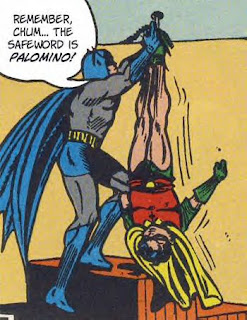 Yea, he's gone. Well, Bruce Wayne isn't Batman anymore. A decent storyline by Grant Morrison, with the build-up going back two years, that's how clever Morrison is with his plotting. But let's forget about that and look back on some memorable Batman moments from years gone by, including the infamous "palomino" panel. (For the record, I've never been a Batman fan, but Grant Morrison can create stories that no one else can, BATMAN#663--the current issue is #681--was entirely written in prose, and he makes connections, well, its like someone wrote a comic in 1958 simply so Morrison can reference it in 2008, and that's why I'm reading this story arc.) Well, that's over with. Think I'll take a look at THE WAR THAT TIME FORGOT, the next comic from my pull list. And after that, VINCENT PRICE PRESENTS...
Posted by Wayne Allen Sallee at 11/26/2008 11:53:00 PM

How'm' I supposed to keep up with all this. First Comissioner Gordon ain't comissioner no more. Now you're telling me Bruce Wayne is not Batman?

My geek cred is going out the window more each day.

Sadly, for me, Batman's like that drunken ex you used to be crazy about but now she mostly runs around trashing you in public and shows up at your house at 3am wasted off her ass, either looking to score or take a bat to your car windows, she doesn't really care which.

For me these days, it's Love & Rockets, Hellboy and anything by Paul Grist...

There's always been something... creepy... about the relationship between Batman and Robin the Boy Hostage. I'm more a fan of Frank Miller's Dark Knight--no Robin (well, there's what's-her-name, but that doesn't count) and a much, well, darker sensibility. Good creepy trumps creepy creepy any day o' the week. If I want creepy creepy I'll just re-read Preacher--Gone To Texas.

I suspect they're going to regret this as quickly as Marvel regretted the outing of Spider-Man. Why, oh why, can't they go back to labeling these "an imaginary story" or "What If...?" show us all a good time playing around with the archetypes, and then back to basics?