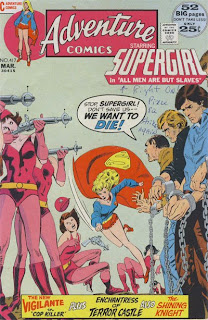 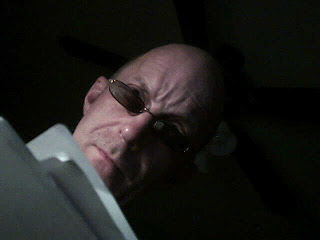 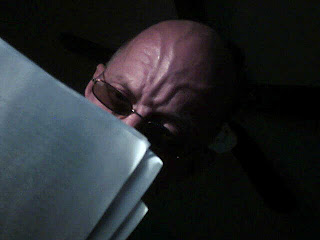 Behold a comic with writing on it from some unknown hand in some unknown town circa the summer of 1972. Then look at me, feverishly reading a partial manuscript as I write the following chapter, brain veins showing my antagonistic excitement. I really could have used the help of Pixie Pie this last week of carnival horrors. The United States citizens could have used Pixie Pie. And if she was the new VP candidate, I'd bet there would be no PixiePieGate. Certainly there wouldn't be a country song called "Moose Shootin' Mama," and if you don't believe me (or my psychosomatically and psychotropically induced friend Pixie Pie) then just Google it. I'm certain PixiePie--oh, by the way, I haven't slept in about 32 hours now--would have incinerated the CEOs of AIG with her CEO Incinerator Breath. She would use her Alter Reality Vision to change the name of the Dow Jones to Tony Dow and Nasdaq to Jerry Mathers as The Beaver. At this point, I'm afraid to sleep, I'd much rather be on Earth-14, where I was on the docks, saving a week's paycheck so I can afford a Kryptonite-laced condom in the event that Earth-14 Supergirl (she has a crush on bald and badly aging dockworkers) will decide to seal the deal with the girl of steel. Someone call a psychiatrist, please. One from Earth-20, because their rates are cheaper (or so Doc Fate told me).
Posted by Wayne Allen Sallee at 9/20/2008 11:26:00 PM

You ever watch Smallville? The Supergirl on that show is attractive.

I hear on Earth-22, the psychiatrists accept payment in the form of paperclips and post-its...

Supergirl, hell! Those chicks in the pink tights are MUCH hotter! And you won't need the kryptonite condoms.

When I was a dealer of ancient comic books, it was fun to find the books that kids had written on, or in. You never knew what you'd find. One collection of otherwise high grade Silver Age comics that I bought had the following written in very neat cursive writing on every single cover:

I later was told who that person was...by another comic dealer who knew him. But I've forgotten the guy's name, but I do recall that his family was from Cuba, and that he wasn't a little kid when he wrote that on the covers of about 100 otherwise pristine condition Silver Age Marvel comics which would someday be considered "collectible".

One of my best friends hates sleep. He only goes to sleep under protest. He hates the idea that we sleep away a third of our lives. He also claims that if they ever come up with a relatively safe drug to eliminate sleep, that he would be the first in line to take it.

Man, hard to believe that's from '72. It has the look I still think of as the "new" look for DC covers along with that "52 Big Pages" badge.

I have a lot of Supermans from that era and a Green Lantern/Green Arrow comic that took on the tough issue of drugs by revealing that Speedy was a junky.

I've always wished that we could stay up for two days, and then sleep one night, etc. Could get a lot more done that way.

Charles: Used to watch SMALLVILLE when I babysat Ashley years ago, but I know of the Scandivian actress you speak of.

Sid: yea, 1972, one of my favorite comic years, because whereas all "bigger" comics had reprint stories, 1972 DC was running stories from the 1940s and you know I could talk for hours on the guy up there at the top Hourman.

Capcom: I slept for about three hours after my post before a call from MY on this writing job. I was sent AND READ the wrong file. Not worth blogging about.

Hemlockman: being on vacation now, will not have his own comment.

Steve: Dude. Ever hear of KINGDOM COME? Well, that is Earth-22, so there is pretty much nobody left alive, superhuman, psychiatric, or otherwise. Check it out, it was quite a big thing in 1996. Just Google a few images for the stunning artwork.