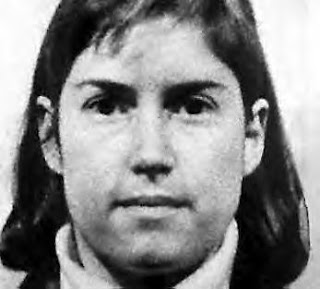 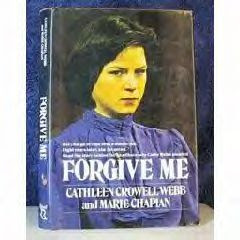 I was in Nashville for Kubla-Con (yea, I know), hanging out with the then-unknown artist Alan Clark and the late Jack Hunter Daves (who is forever alive in THE HOLY TERROR as the 1st District Lt. Det. investigating the Painkillings). I was on the phone with my mother, she had this old RCA TV on the kitchen counter on. As we were talking, you could hear this Breaking News!!! voice over much unlike sound effects you might hear today on CNN or FoxNews. You can look Laurie Dann up on Wikipedia, there was a pretty detailed book about her, but what she is known for is shooting an eight year old boy at the Hubbards Woods Elementary School in Winnetka. She had been declared mentally unstable, put poison into packets of cereal to send to parents of kids she had babysat. The entire sequence of events twenty years ago today seem totally random, where she went, why she snapped, why then, why there. She left the school and went to a nearby house, shooting one other person before killing herself. Sadly, these days a person would likely kill dozens before committing suicide.

Cathy Crowell Webb died of cancer today. Back ion the late 70s, she accused Gary Dotson of rape, and he eventually went to prison for, well, too many years. Webb recanted, and this was the first case in the US in which DNA testing factored into the retrial and acquittal. Strange that if Webb hadn't died today, both her and Dotson would be distant memories, even the fact involving the DNA testing would be lost to me. Yet I recall hearing my own beat up television set back on 85th Street as my mother watched in silence, little kids carried out on stretchers in a north suburb of Chicago. Before helicopter cams and all the bullshit sound bites we get shoved at us now. Simply camera vans and reporters attempting to describe in the best way they can what had just occurred at the Hubbard Woods Elementary School.
Posted by Wayne Allen Sallee at 5/20/2008 09:50:00 PM

I don't remember hearing of these things at the time, but later I became familiar with them as I began to pay attention to how the school shooting thing had started and developed.

I often wonder why NZ has had only one incident like this. Ever.

I mean, we've got guns here, we've got the mentally disturbed, what we don't got is the two getting together...

"I often wonder why NZ has had only one incident like this. Ever."

The USA is one twisted place. Extremely twisted. If ever a society has demonstrated why its citizens should NOT be allowed to own guns, it's this one. We lose about 38K people a year (dead) to gun violence. In any other nation, that would considered some kind of war-time statistic. But here...the sick fucks who run this madhouse spin it as just a part of life.

Too often I'm ashamed to call myself human.

I remember the Webb case being revisited, and I heard the word "recanted" for the first time ever. It saddened me, but at least he eventually got released, thank God.

Societies really need to pay closer attention to those who show signs of be disturbed and not quite kosher in the head in their communitities (and families!). Sometimes these events can be stopped before they happen, and sometimes not. :-(

P.S. But I want to believe in and support whatever shreds of goodness in human-kind that exist as well. Graceful acts of kindness are also performed amongst ourselves everyday too.