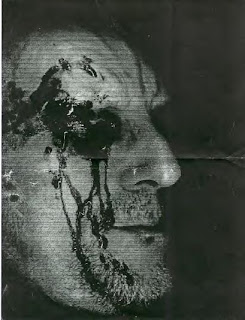 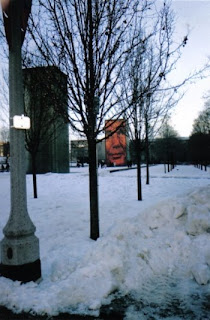 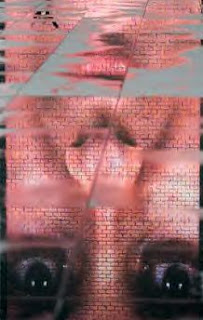 Bob asked if I was crazy checking out the area. But someone had to do it. Worse things have happened to me, like when I was mugged in August of 2005, walking from the bus stop. I had the responding cop take a photo of me with his cell phone and email it to me. Its greyscale because it creeps ME out in color. So, its karma. Someone has to go on patrol. The way I live my life now, if I cut myself shaving and someone at work asks, I reply just another suicide attempt gone awry...in other news: it will be 70 tomorrow, our first 70 degree days in 168 days. Damn this town to hell...Wayne
Posted by Wayne Allen Sallee at 4/15/2008 10:23:00 PM

Did they ever catch that mugger? Did the American Dream get him?

Nice photos. I used to take stuff like this around the neighborhood. There's a greenway that I used to walk and bike. Last time I tried to bike it, I was accosted by a group of teenage kids. Like right out of a Charles Bronson movie--some white kids, some black kids, a foreign kid who might have been Hispanic or Middle Eastern. Probably their names were Johnson, McKay, Goldstein, O'Hara, Juarez, and Atta. I didn't shoot them, but I did throttle one of the little bastards. Also, I never went back to the greenway.

What a gruesome photo! I hope they caught the bastards! Congrats on a lovely day. Enjoy it fully, as I'm sure you will. :)