Flashes Before Your Eyes 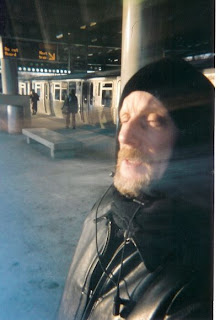 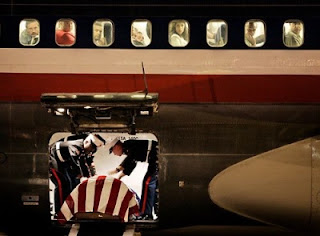 I had been wanting to write about Charles's "Iceberg Memory" concept, but its too damn cold out, roughly 70 degrees (counting the wind chill) colder than it was a week ago. I finally lost that winter-gimp hood thing, replacing it with a hoodie that works about as well as a banana peel. So maybe a next best thing topic, something Steve and I went back and forth with recently. It involved an email he sent me that included a specific photo as part of the visual joke, I replied that I had seen it before and that in instances like that, seeing people in that micro-instant, what they did next or even what they are doing now. Steve commented on Robert Altman's M*A*S*H, and the nurse biting her lip as she rushes for the landing helicopter, there she is always running, always making her lower lip bloodless, but surely she passed that moment, while so many of us recall her IN that moment. Today I received another email with another photo, this one has also been around the block a few times, usually in a series. "Best Photos of '07" and all. But I saw this photo at least as far back as 2005, I'm certain a lot of you have. The casket of the dead serviceman being loaded into the passenger plane. The individual faces in the windows, some passengers not really riveted on the situation at hand. But wherever these people are, perhaps flying that same airline for business, maybe back home after that one time trip that put them in that photo op, I keep seeing them every few months, like going to a friend's house and seeing a photo on top of a shelf or television. The woman staring straight ahead, the fellow with his face tilted and kind of wedged into the window, the guy looking downward at the casket. So I don't know, there are those iceberg memories, where one sight or scent will flood your brain with all kinds of craziness or photos of people, not posing for the camera like in mug shots or family photos, frozen in time that we see over and over again. Just something that made me think about Steve's comment after I saw the photo again...Wayne
Posted by Wayne Allen Sallee at 1/14/2008 10:13:00 PM

There's one survivor of the Titanic still alive (as of last week), but too young to remember; the last person to actually remember died in May of 2006.
Borges has a one-pager called "The Witness" in A Personal Anthology that starts with the death of the last man to have see with his own eyes the worship of the old Norse gods, and asks about the infinite number of things that vanish from the earth in each death. "There was a day in time when the last eyes to see Christ were closed forever. The battle of Junin and the love of Helen died with some one man. What will die with me when I die?...Perhaps the voice of Macedonio Fernandez, the image of a horse in the vacant space at Serrano and Charcas, a bar of sulfur in the drawer of a mahogany desk?"

But we know what the soldier is doing now.

Maybe icePICK memories would be a better term.

Man, you are one articulate cat when you get revved.

Can't wait til that voice recognition thing makes you prolific as well....