Painted Bottles "Not From Around Here"...and The Laughing Cow 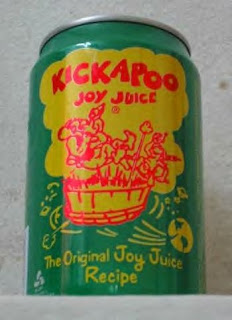 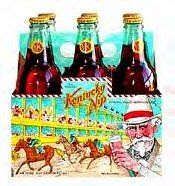 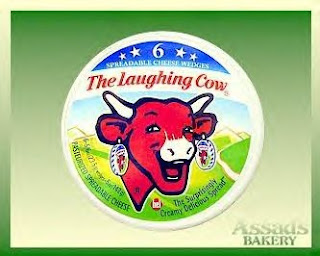 The "not from around here" line goes back years as a phrase Sid and I use when things go drastically wrong. He mentioned Chocolate Soldier from his Louisiana days, I can recall Howdy as a brand name out in Streator, an infamous 'haint of mine, and of course, the earliest bottles of Mountain Dew had a hillbilly saying "Whoo-hoo, Mountain Dew!" My high school buddy Dan informed me that the only place that you can buy Kickapoo now is in Thailand and Malaysia. Good for them, I say. The joy juice was mixed with vodka by most of my cousins. I've said all I wanted to say, and I have now successfully exorcised the Laughing Cow from my nightmares, so expect a year's end post later...Wayne-O
Posted by Wayne Allen Sallee at 12/31/2007 02:20:00 PM

I can remember cartoon Mountain Dew ads from the '60s with the hillbilly theme.

I can also remember Shasta ads from the '70s with Greg Brady as a knight, but I haven't seen a Shasta soft drink in ages. Would that I could have one of the Black Cherry drinks, which was also advertised once upon a time with hillbilly ads of a sort involving the collision of a couple of trucks.

Lots of local shit out there.

Here in the South, there is this horrid crap that used to be a lot more popular than currently (but it's still around). It's called YOO HOO. Satan had the runs. That's all I'm going to say.

I never had a Kickapoo. But I remember Chocolate Soldiers.

I remember Kickapoo Joy Juice from Al Capp's Li'l Abner. Didn't know it was a commercially marketed thing, but hell, I'd give it a try.

Probably not as good as Green River. Green River was one of the mainstays of my childhood. Real soda was too expensive in our household, so we bought Green River syrup and added water. Wasn't fizzy, but I got hooked on it. A competing product was Virginia Dare soft drinks and syrup. I remember bottles of Green River and Virgina Dare raspberry syrup sitting on the kitchen counter on a hot summer day, mixing the stuff up and getting some ice from the refrigerator.

Every now and then I'll get some of the Green River sody-pop in the few places where it's available. It's fun but it just ain't the same. And who knows what ever happened to Virgina Dare? The last time I saw one of their distribution trucks Lyndon Johnson was still in office.

-- Rich
(Chocolate Soldier? I wondered if that stuff tasted like Kayo)