He's Your Uncle, Not Your Dad 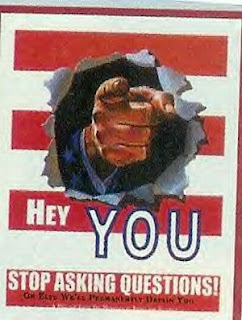 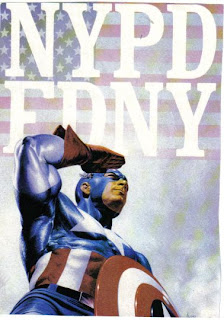 An obscure reference, to be certain. The name of an Elvis song from the film SPEEDWAY. He was talking about Uncle Sam because, thanks to his accountant Bill Bixby, his race car driving character owed the IRS quite a bit of cabbage. Last night, during that hideous day/night/almost day again at work, this young kid Robert, a HS senior working part-time, wanted me to show him how to use the computer (he wasn't certain if he could while that massive job was running.) He went to the website that showed how you could apply for the Selective Service online, and he told me his teacher had mentioned how everyone his age would need to register or face five year imprisonment. And there it was on the screen. I don't recall the teachers scaring the hell out of us in high school, although I also don't recall us planning to invade any country back in 1977. There's no oil in Zaire, I recall a big war going on at that time. I'm usually not political in conversation or in my writing, but I'm really getting sick of this country and what it is turning into. I can see how easy it would be for someone to go Sirhan Sirhan on George W. Bush (and screw you, Echelon satellite and Patriot Act), I always used to wonder what made one guy so angry and Robert Kennedy or President McKinley, now I know. Deep down, the way a serial killer knows. Its a matter of restraint. Well, I've gone off and ranted a bit. Back in the early 90s, I worked at a comics shop. Archer Avenue had a mix of Polish and Bosnian families, the Mexicans not moving here until earlier this century. One of the regular customers was very patriotic--as so many of us were on 9/12 and 9/13 and maybe a while after that--and he went back to Bosnia and fought in that war. This was in 1992, his parents came in and bought his comics, then mailed them overseas. One day in August, they both came up to me, very solemn. He had died. At that time, that is all they knew, and I never saw them again. I felt very melancholy restocking the shelves with the X-MEN and SPIDER-MAN comics I had kept in his subscription bin. We fight and fight, but all of us will live and die in the same place, on this planet, the one we are destroying every minute of the day. Wayne
Posted by Wayne Allen Sallee at 9/20/2007 10:12:00 PM

I can't add much except, amen, brother.

I've always been glad that I'm not infected with that hideous disease commonly referred to as "patriotism". Nationalistic fervor can either get you killed or cause you to slaughter innocents. Generally no in-between. I've never wanted to be a soldier and I know enough about my own anger not to own a firearm.

Bush is a retard.

I always thought Pericles of Athens got in the last word for the apolitical: "Just because you're not interested in politics doesn't mean politics won't take an interest inyou."
I probably soaked up my political leanings in the schoolyard, but never could have articulated it; started acquiring "politics" in the mid-70's, when I saw Michigan dairy farmers betrayed by people and a system they'd trusted, and the Love Canal families, supposedly beloved by capitalism, being crushed by their society when they got between America and the money.
And now they've killed Captain America. And mercenaries guard our diplomats and everyone's surprised when they get out of control. Because all those old-fashioned notions you and I had about being the good guys in the world were getting in the way of people who think because they understand a balance sheet, they understand the rest of the world.