Things To Do In Denver When You're Dust 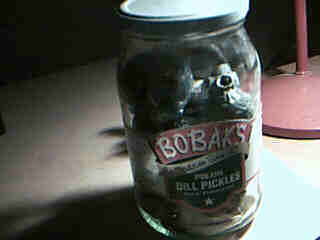 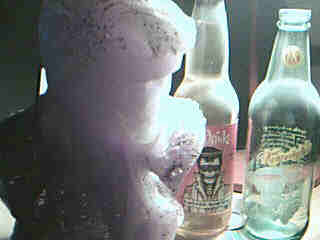 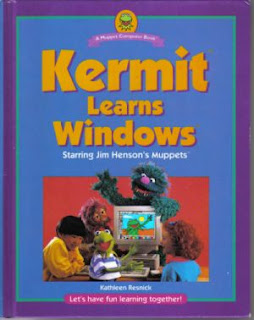 Stolen from the Andy Garcia film set in Denver, my fictional home away from home, and a movie with probably the finest performance by Treat Williams. Well, the decimation is complete. Bob and Kate have on several occasions chided me on tossing out things I might one day regret. Rest assured, the important stuff will be on display in my abattoir again soon. I'll likely relegate the paperbacks to the crawlspace next to the vats of quicklime. As for now, the room is still caked with dust, a similar kind as I see and smell at the graphics shop, its in my ears and in my eyes and I generally feel like Kharis, the Mummy. Hell, I look like him on my best day. The first two photos reflect the dust layered on my jar of several doll heads ( my nieces very much were intrigued by tearing action figures apart when they were younger; I couldn't do the same with my fake-bearded G. I. Joes, the heads were kept taut by rubber bands. I used to hang them from my bedroom window instead, after the commanding officer discovered them with my sisters' Barbies, Midges, and the forgotten Mattel doll of the 70s, Malibu P.J.). Then you see the various bottles in my woeful bottle collection: Night Train (which you can mix with the light blue Aqua Velva to make the $1.77 bottle last longer), Kentucky Nip, and an odd concoction simply called The Drink, a skeletal Elvis warning us "Be Careful Who You Idolize." Next to that, the Elvis candle I received from my cousin Deke Rivers after my novel was published in 1992. Guess my idolization has doomed me already. Next comes the painting, the removal of crappy furniture, and a nice TV and DVD player in my laboratory. I have finally resigned myself to the technology of the new century. And once upon a time, my letterhead read "I Will Flatline Before I Go Online." That was until October of 1997. I suppose a decade later, a DVD player might be in order...Wayne
Posted by Wayne Allen Sallee at 5/13/2007 08:33:00 PM

At least the commander didn't find the Joes with Capt. Action and/or Action Boy.

I was reading a piece today about how the cult of Elvis should be considered a proper faith. Made me think of you, Wayne. You should become the high priest, become tax exempt. Someday you'll have your own cult. Maybe Sid will be the first Pope. I'll be a missionary. Stewart will be the anti-Sallee.

whoohoo...welcome to the world of DVD....you know it will soon change again....hihih.....visit my blog a bit please...I know your busy:)

Maybe you could make Boat Drinks with Night Train and Aqua Velva - since boat drinks were so important in that film.

I really miss Bobak's Polish sausage, or Shliz's (sp?) on Pope John Paul II and Archer (RIP 1992ish). There is no real sausage up here!

Kentucky Nip!! I have one of those too! I brought a 6-pack to Barb's party... I think it was the one where I started my long, long conversation with Jeff. Could YOUR Kentucky Nip bottle be from the same vintage?

Don't forget to run the Aqua Velvet through a loaf of rye bread before you drink or mix it-- such was the advice under the sidewalks of Benton Harbor when I was a yoot. The theory was you could somehow turn wood alcohol into grain alcohol. Of course, these were the same guys that used to try and counteract the effects of Antabuse by guzzling all the orange juice in the psych war refrigerator...

The Church of the Divine Elvis - aka The Preslytarians.

That jar is just creepy. :)

Elvis is great. Always remember his greatest of sayings:

Kermit Learns Windows??? Gads, please kill me NOW!
(This reminds me of reading "Happiness is..." by Charles Schulz a few years back. I was stunned to learn that "Happiness is finding out you're not as dumb as you think you are."

How'd I get my blue suede shoes?